Is anyone surprised Saga is my Must Read for this week? Not if you’ve been following along with Kabooooom!’s long love affair with the series from Brian K. Vaughn and Fiona Staples. The series is now its third “season” and when an issue comes with the solicit: “Something terrible happens,” you can’t not read it, right? (I believe that’s how double negatives work.)

The little family that could is heading towards disaster, and fans will want to be there to pick up the pieces–or at least gawk in horror at the disarray that was once a happy though renegade family as we question how they’ll possible survive!? Saga is drama at its best, wrapped in an insanely imaginative universe that can be jarringly surreal yet strangely familiar at the same time. 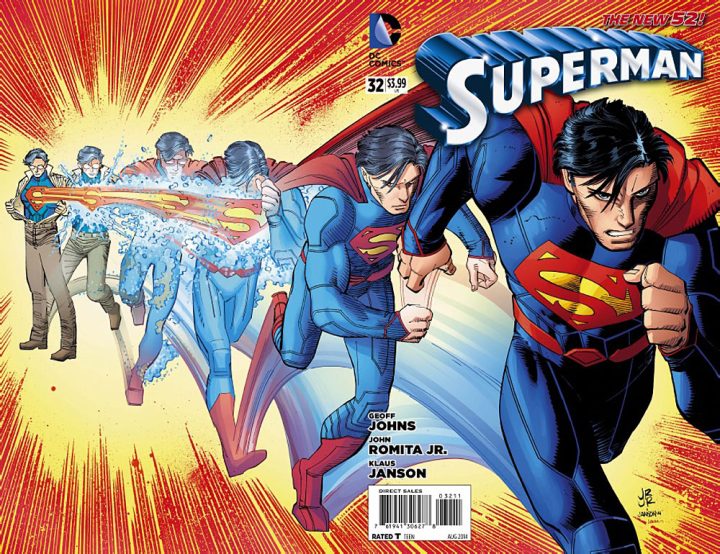 I haven’t been a big fan of Superman up to this point, but Geoff Johns and John Romita Jr. take over the helm with this issue. Johns won me over with Green Lantern and Romita Jr. is a legend in his own right. I’m hoping that this amazing creative team will push Superman past the emotional turmoil he’s faced under Lobdell’s pen and remind us why he’s one of the greatest superheroes.

Geoff Johns’ writing is an acquired taste for some, but his previous work on Superman has been popular with both fans and critics alike. Johns taking over The Man of Steel’s main book would be reason enough to give this issue a look-see, but the artwork of John Romita Jr. makes this book a must read if only for the historical noteworthiness of the long-time Marvel artist delivering his first work for DC Comics.