There’s so much going on this week that it’s hard to pick a must read. When I got back into comics a few years ago, it was mostly superhero stories. Fatale was one of the first non-superhero stories that I picked up, and I have loved every mysterious, weird moment of it. With issue #24, Ed Brubaker brings Josephine’s story to an end. I can’t wait to see how this series concludes. 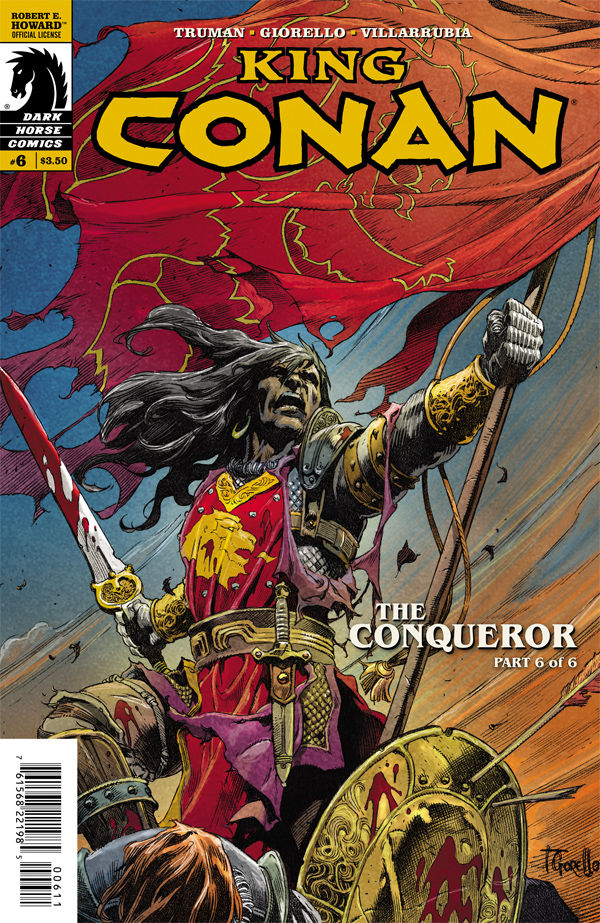 For many years, Tim Truman and Tomas Giorello collaborated and spawned a legendary run on the monthly Conan title. Since that time, they have created a number of these regular mini-series, based on the original Robert E. Howard stories detailing Conan’s life as King of Aquilonia. This final chapter in their adaptation of The Hour of the Dragon – the only Conan novel by the original author – promises to be a fitting capstone to the series.

Brandon Graham, Simon Roy, and a who’s who of indie comic creators have taken Rob Liefeld’s long-dormant Prophet to new heights over the last two years. Their epic remix of the ‘90s Image action hero comes to an end this week in Prophet #45. Blending elements of Japanese and European comics with a hard sci-fi edge and some plain old weirdness, each entry in the Prophet relaunch era has brought artistic surprises and unexpected shifts in time, space, and genre to readers. While Graham brings his “War in Space” storyline and the regular monthly series to a close with this issue, the previously announced miniseries Prophet: Earth War looks to continue the expansion of this strange and multi-layered Prophet universe.