To be honest, I’m still not completely positive I’ll be grabbing this issue, but I may very well convince myself here in these 100 or so words. To start with, I haven’t a clue what’s happening in Edge of Spider-verse. I don’t regularly read Spider-Man books, let alone even know if this event is happening is the regular or Ultimate universe (or both?). BUT, then I saw the Robbi Rodriguez’s design for Gwen Stacy’s Spider-Woman and fell in love. Then came the first few preview pages featuring a kick-ass, girl rock band with Mary-Jane as the lead singer and Gwen on drums. How can I not want to read that!? I may not understand Edge of Spider-verse #2’s place or impact within Marvel’s latest event, but I’ll damned if I let myself pass up what looks to be a fun, funky superhero comic with a bright and brash leading lady.

Jonathan Hickman’s Avengers has been building up to something big, and after an incredible five-issue time travel arc, everything is coming together in Avengers #35. Set eight months ahead of Marvel continuity in the aftermath of AXIS, the book will give a glimpse into our heroes’ futures as the Avengers and the Illuminati finally clash head-to-head under the impending catastrophe of the final Incursion. Hickman’s run on Avengers has been nothing short of extraordinary, and there’s nothing more exciting than seeing all of the pieces he’s laid out starting to fall into place. 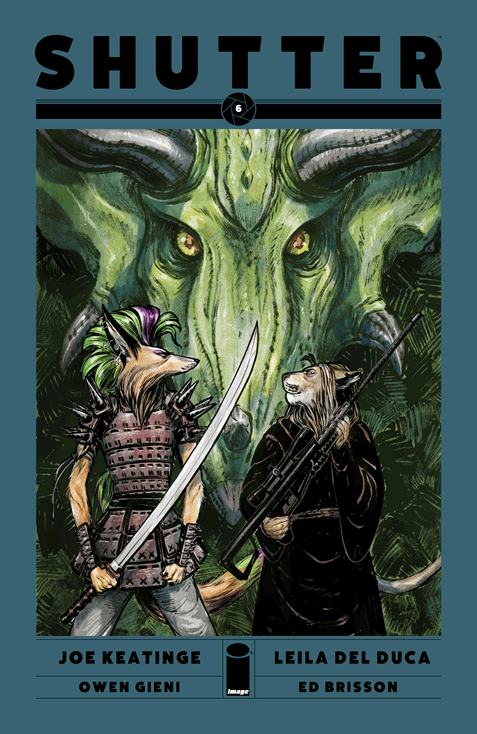 Shutter is going on hiatus for two months and while that’s sad, we will get treated to the finale of the first arc in issue #6. Keatinge has packed the story with plenty of sci-fi action and drama. I look forward to how he allows the story to simmer during its absence.

This series is good. Damn good. And I don’t mean it’s good for a video-game tie-in or a digital-release first series. I mean that it is a damn good comic and one of the best things DC Comics has published in recent memory. Tom Taylor has deconstructed and reconstructed all of these characters in such a way as to not make the series’ central idea of ‘Superman turns tyrant’ ridiculous. Taylor has done such a fine job of it, in fact, that I didn’t really mind that three of my favorite characters were killed in the penultimate issue last week because their deaths had the appropriate gravitas. This final chapter for Year Two should be quite a show.