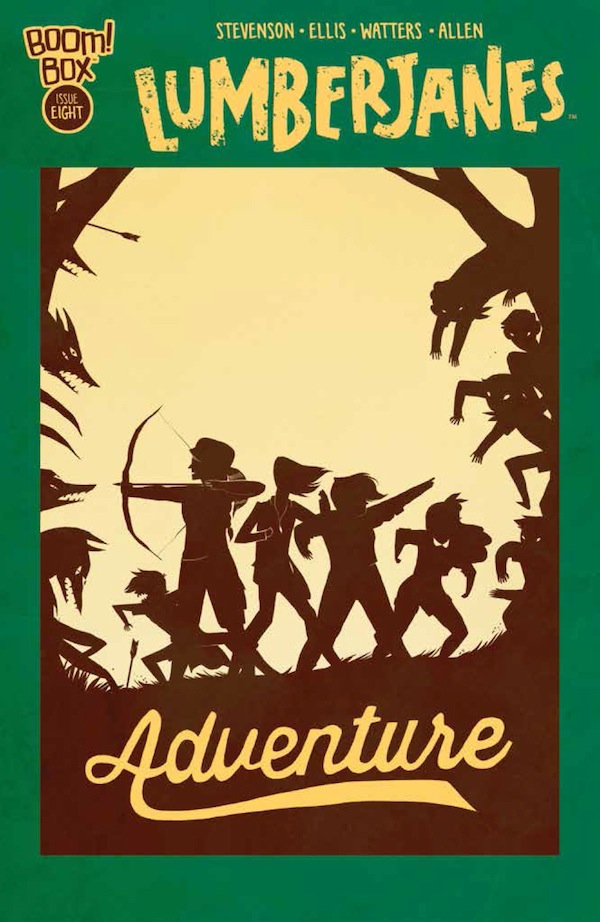 When Lumberjanes initially began it was only as an eight-issue, limited series.Since it’s proven so popular, Boom! Studios has smartly chosen to give the series a continuation. However! This issue should still be epically climactic as the Lumberjanes use their smarts to match wits with sibling gods, Apollo and Artemis.

This issue is the start of a new creative team, and it will be very interesting to see how Meredith Finch follows Brian Azzarello’s, arguably, classic run. David Finch picks up the artistic reigns as well with this issue. I anticipate this creative duo to take a pretty big leap away from Azzarello’s mythology infused story. I guess we will find out on Wednesday, but it should be great.

A lost episode of the Adam West Batman show that would have introduced Two-Face as a recurring guest villain with a script by legendary science-fiction writer Harlan Ellison?! Holy Unlikely, Batman! Ah, but there are more things in Heaven and Earth, Robin, than are dreamt in your philosophy. And surely such a thing is no more unlikely than Shada – the infamous lost Doctor Who episode written by Douglas Adams? Well, dream no more, Bat-fans! For this legendary story shall finally see the light of day as a comic book!