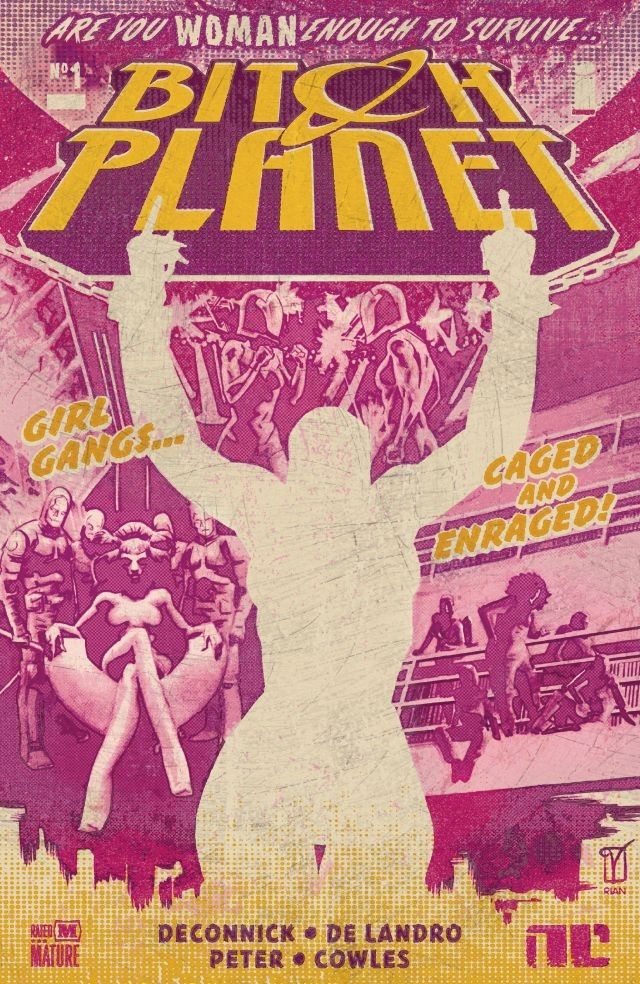 As you scroll through this Pull List something will very quickly become apparent – Bitch Planet #1 by Kelly Sue DeConnick is above and beyond our number one pick this week. There’s the obvious reasons like it’s a comic by DeConnick (a writer many of us love), from one of our favorite publishers, and it’s called ‘Bitch Planet’ and that’s a title always worthy of a second glance. But what makes Bitch Planet especially notable is its promise of a reckoning – this comic is tearing patriarchy a new one, and it’s doing so in a very clever and entertaining way. Honestly, if you grab one comic today it’s needs to be Bitch Planet.

Okay, I’m a fan of Kelly Sue DeConnick, so it doesn’t take much for me to read something she writes. Now she’s writing a sci-fi prison comic?!? It’s going to have that Quentin Tarantino feel to it that I just can’t get enough of? I can’t wait to see how DeConnick takes this genre to a new level and what she has in store for the plot line.

I don’t think anyone would be surprised by the revelation that I was one of those teens of the 90s who stayed up late watching Mystery Science Theater 3000 and USA Network’s Up All Night, catching such classics as A Nymphoid Barbarian in Dinosaur Hell and Surf Nazis Must Die! As such, I love it when anyone attempts to satirize or otherwise put a new spin on the cheesy grindhouse films of yore. So naturally, I’m excited to see someone trying to put a feminist spin on that most misogynist of film concepts – the women-in-prison movie. And when that someone is Kelly Sue DeConnick, well, excited isn’t a strong enough word to convey how I feel about this book.