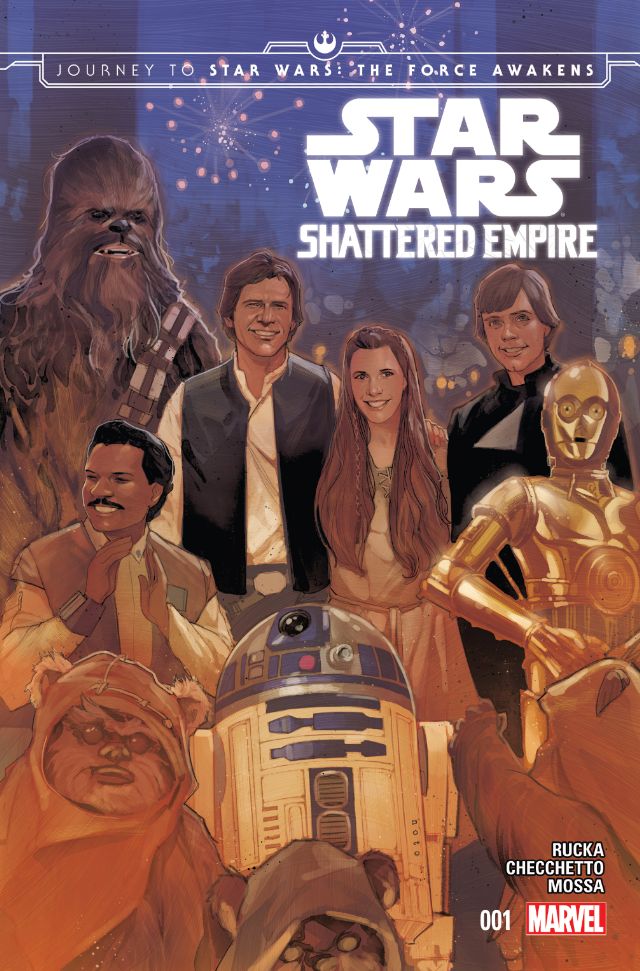 It’s almost hard to believe we’re now roughly three months away from the release of the Episode VII, Star Wars: The Force Awakens. In anticipation, Disney has begun their marketing blitz of toys, apparel, books and, of course, comics. With the Star Wars comic license now the hands of in-house publisher, Marvel, this year has already seen a slew of new Star Wars comics – from the main Star Wars line to several character-centric mini-series. These titles have been generally well-received, with the main Star Wars line by Jason Aaron being a particular favorite of mine.

However, as fun as it’s been to read new adventures starring Luke, Leia, and Han set between Episodes IV-V, what I (and I believe many a Star Wars fan) is most looking forward to is learning what happened after the Battle of Endor? What happened after Luke killed The Emperor? What happened after the destruction of the second Death Star? Star Wars: Shattered Empire will be where we’ll learn these answers first, ahead of The Force Awakens release this December. So if you’ve been itching to know what came after that party the Ewoks threw, this is the comic you’re looking for. Plus, did I mention it’s written by the acclaimed Greg Rucka, artwork from the talented Marco Checchetto, with covers from the spectacular Phil Noto? That’s a sensational creative team!

The Four Doctors #4 was my pick last week because of the amazing cliff-hanger at the end of ussue #3. Somehow, Paul Cornell found a way to top that with the end of last week’s issue. So despite this being a week featuring some of my favorite series, this is the one book I’m most likely to devour like a man lost at sea upon seeing his first meal in weeks.

This Secret Wars series has been pretty good and Dan Slott has made a cool story out of the Secret Wars gimmick. The villain, Regent, dissects superhumans and takes their powers. Peter Parker had been in hiding to protect his family, but when they are threatened he comes out of hiding, much to Regent’s delight. The last issue saw Peter captured and his family running to save him. There’s a lot of subplot and emotion in this series that makes it highly enjoyable.