On principle, I shouldn’t be as excited for this series relaunch as I am. This is the third time Captain Marvel has been restarted in just as many years, each time with a new #1, never letting her series advance beyond the teens. Still, bringing Tara Butters and Michele Fazekas of Marvel’s Agent Carter on board for writing duties is a master stroke. This is their first foray into comics and I couldn’t think of better series for them start on. Joining them on art is Kris Anka and Matthew Wilson, another stupendous team who will certainly do justice with Cap’s flightsuit – easily one of the best superhero costumes around. Already something of a cosmic character, this series is taking Carol to space full time as she leads Earth new line of defense from galactic threats – Alpha Flight. And considering that Carol will be Marvel’s first woman hero to star in her own film (coming in 2019), there’s not better time to join the #CarolCorps! 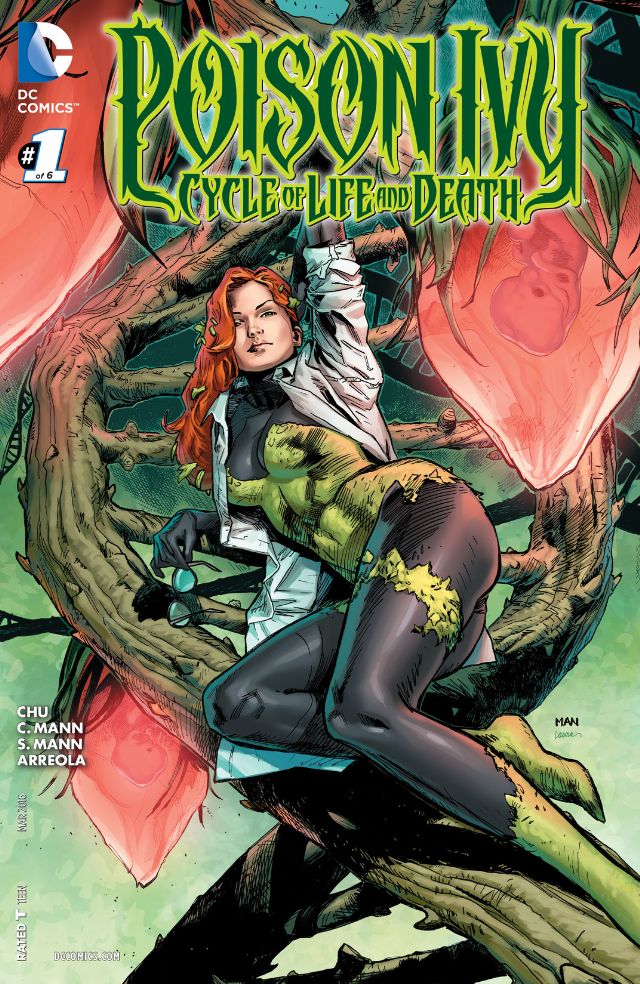 Poison Ivy has always fascinated me as a nominally villainous character who nevertheless has a code of ethics. Depending on the incarnation, it can be a vastly warped and alien code of ethics. Yet the potential for Ivy to be an anti-hero – or even a full hero – has always been there. So a book focused on Ivy as she attempts to go straight and live a relatively ordinary life sounds like an interesting experiment to me.