Once they were heroes and the best of friends. “Titans Together” was their motto. That was before someone or something altered the very universe and they were torn apart.

Thrown outside of time and space, Wally West – once known as The Flash – lived a phantom existence, struggling to make himself visible to his friends and family. He only managed to break through with the assistance of his mentor, Barry Allen, who suddenly remembered the first teenager named Wally West he helped to master his powers as Kid Flash.

Wally’s return allowed him to restore the memories of his friends but it also facilitated the return of one of his greatest enemies – the futuristic magician known as Abra Kadabra! His own memories erased by the altering of the time-stream, Kadabra came back with a vengeance, intent on finishing the job he started so long ago – destroying Wally West!

Now, with The Titans in Kadabra’s clutches along with Linda Park – the woman Wally West remembers as the mother of his children and the love of his life, but whom is a total stranger to him in this new reality – The Flash must prove he truly is The Fastest Man Alive. It isn’t just the race of his life – it’s a race for their lives! 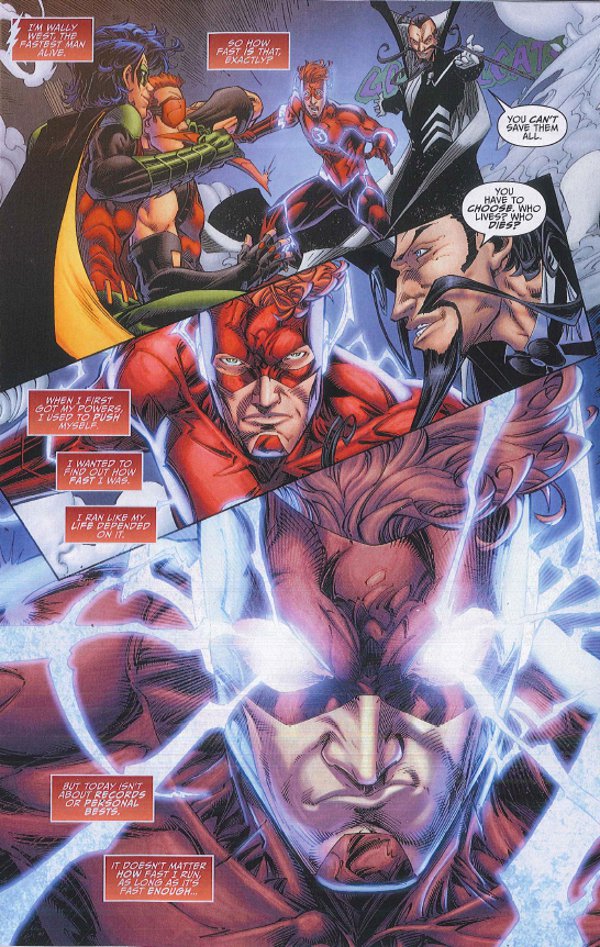 Dan Abnett’s script for this issue astounds with the power of its emotional subplot. While the issue is one extended action sequence, the focus is all on Wally West and his torment as he fights the clock to save everyone he has put in danger. The audience truly shares The Flash’s pain as he moves from threat to threat and the script subtly encourages the reader to turn the pages faster and faster to match Wally’s sense of desperation. 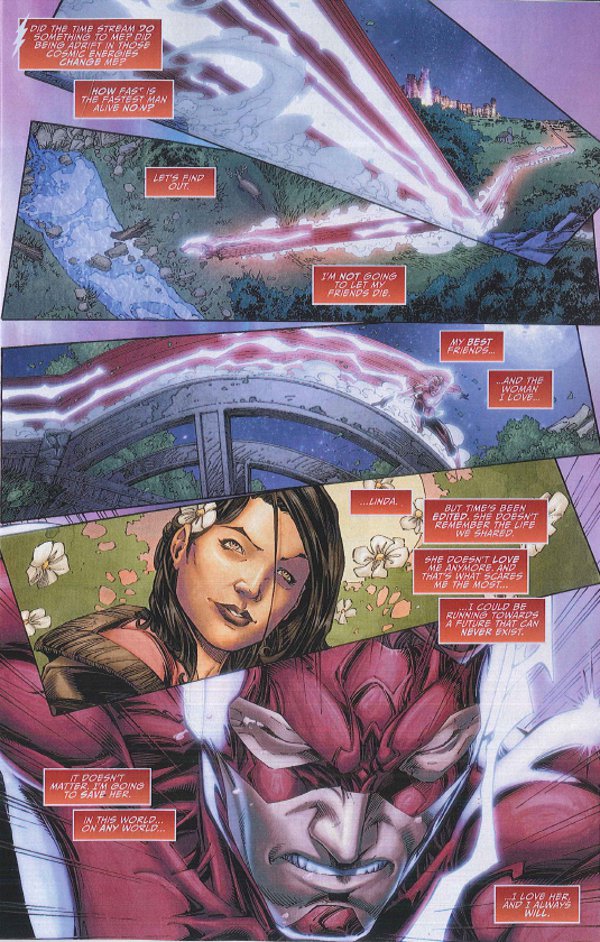 This urgency is also portrayed through the art. Brett Booth’s energetic style lends itself well to this kind of high-octane storytelling and one can almost hear the sizzle of electricity coming off the white-hot lighting bolts he draws around The Flash. Norm Rapmund’s light inks further add to the quick aesthetic of the completed artwork, as do the excellent colors by Andrew Dalhouse. Dalhouse does a particularly fine job of varying the palette based on the wide variety of locations and lighting conditions the story requires.

Titans #5 is more than a thrilling blockbuster of a comic. It’s a perfect encapsulation of one of DC Comics most under-rated and – in recent years – under-served heroes. The classic Wally West is back and thank goodness for it. So if you’re a reader who only knows about Wally West from The Flash TV series or The New 52 comics, pick up this book and prepare for the run of your life.