SPOILER WARNING: Do not read this review if you have not already read Dark Knights: Metal #2 and Batman: The Red Death #1.

Imagine a whole multiverse full of stories that were never meant to happen, except as a hypothetical – an expression of the road not taken.

This is The Dark Multiverse. And they have seen The Light…

As Gotham City is transformed into a nightmarish labyrinth and a similar insanity starts to infect Central City, Cyborg observes it all from The Justice League Watchtower. He scans the news reports and all the data he can acquire, searching for his missing teammates and a cause for all the chaos below.

Soon enough, the cause finds him, as a new enemy lays siege to The Watchtower and Cyborg’s computer systems. He is a twisted version of Batman from another world – one where the death of Alfred Pennyworth drove Bruce Wayne to desperate, technological measures of saving his foster father’s life… and doomed his Earth in the process! 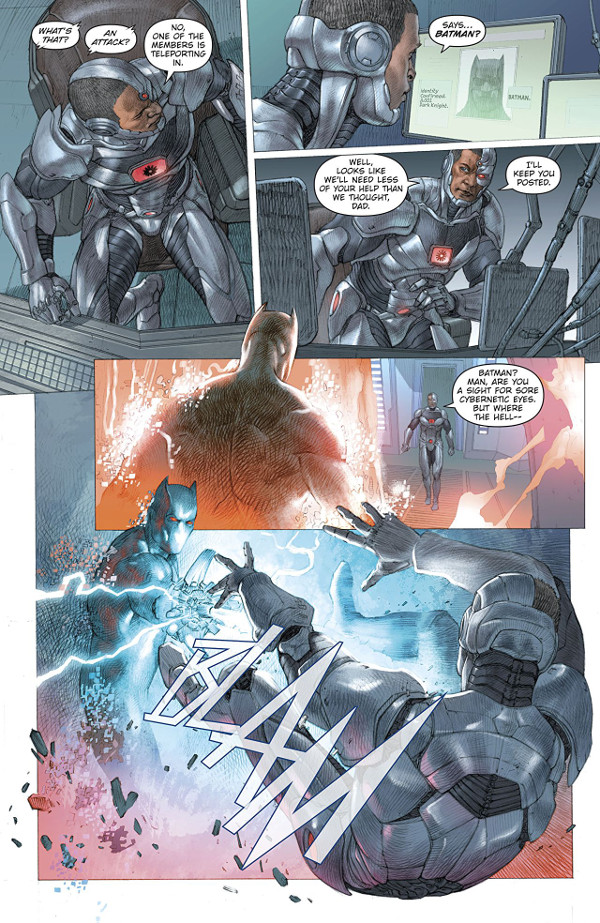 Despite what the cover suggests, this Dark Knights Metal tie-in does not feature the Justice League fighting a giant Bat-tank. It’s far more awesome than that. We instead receive a more thoughtful, psychological battle between Cyborg and a version of Batman who ironically lost any semblance of humanity by giving in to the most human of desires – the wish to save a loved one. 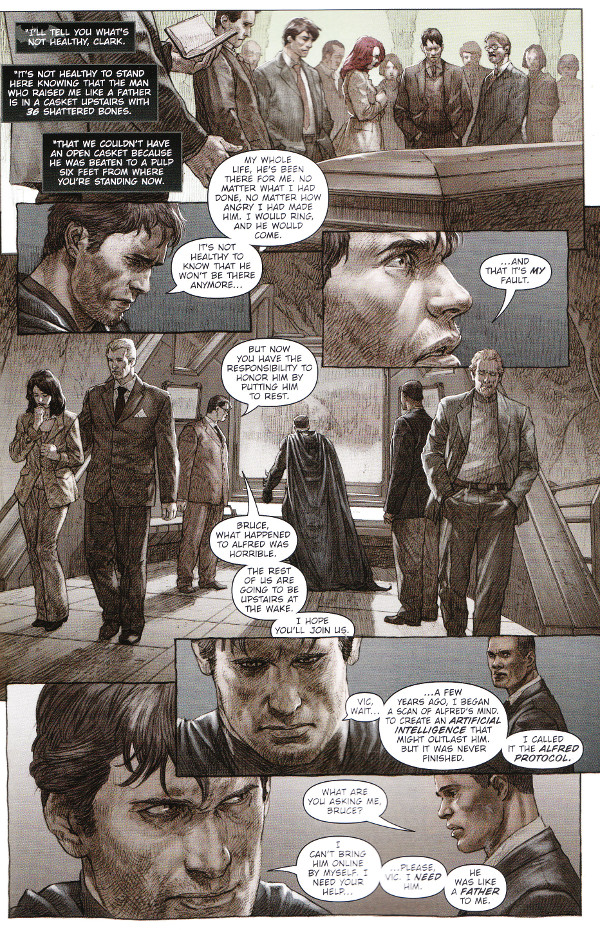 These flashback sequences fully showcase the skill of the art team. Colorist Rain Beredo renders these sequences set on Earth -44 in muted shades of grey. This has two effects, suggesting the inherent darkness of this world but also the cool, mechanical lifelessness of The Murder Machine himself. One would almost swear that artist Riccardo Federici had rendered these scenes in pencil, so fine is the detail! We know he did not, however, because of how brightly the colors pop in the scenes set in the main DC Universe.

The Dark Knights Metal crossover event continues to pick up steam, as The Murder Machine rolls along. Though little happens in this issue to shed light (no pun intended) on the plans of the Dark Multiverse League of Batmen, the story contained within this issue is an enjoyable one and the artwork looks amazing throughout. This book is a must-read for anyone keeping up with The Dark Knights Metal saga or anyone who enjoys a good Elseworld story.