The Laws Of Time prohibit a Time Lord such as The Doctor from crossing their own timeline and meeting their past or future selves. Thankfully Time itself takes a hand in mitigating the damage should this happen by accident and the past versions never remember anything of the events they witnessed. This is also a thankfully rare occurrence that only happens when a disastrous event of universe-shaking proportions occurs.

Unfortunately, a disastrous event of universe-shaking proportions just occurred, with holes to The Void between realities opening up around the universe, sucking whole planets into them and turning other creatures into “void zombies” who can say only two words – “Doctor” and “Peace”.

This is why three versions of The Doctor – his Ninth, Tenth and Twelfth incarnations, to be exact – are standing outside what remains of the library at St. Luke’s University in Bristol, arguing about what to do next.

It’s why The Doctor has been sought out by his “daughter” Jenny – an organic being created from a combination of human and The Doctor’s DNA – who turns out to have been just as good at defying death as “dear old Dad”. 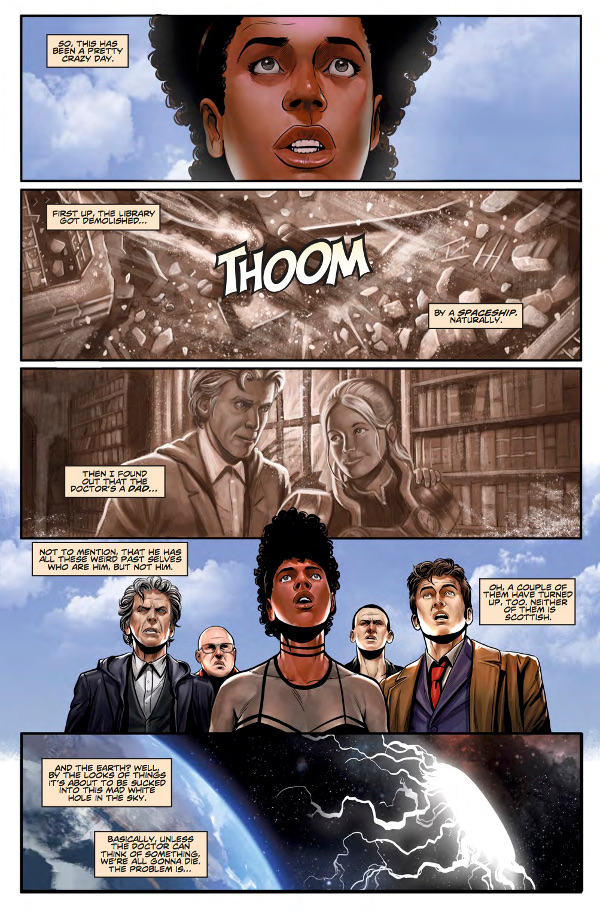 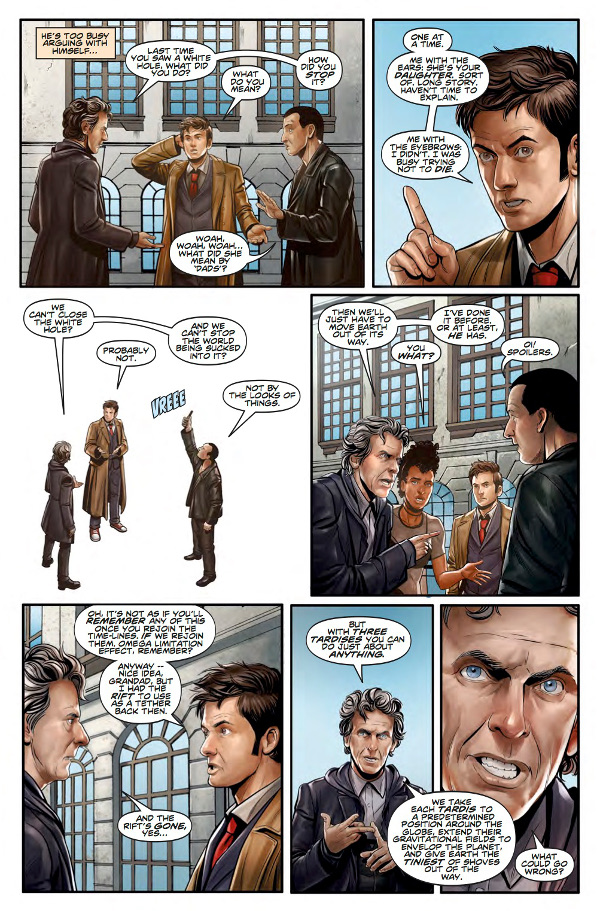 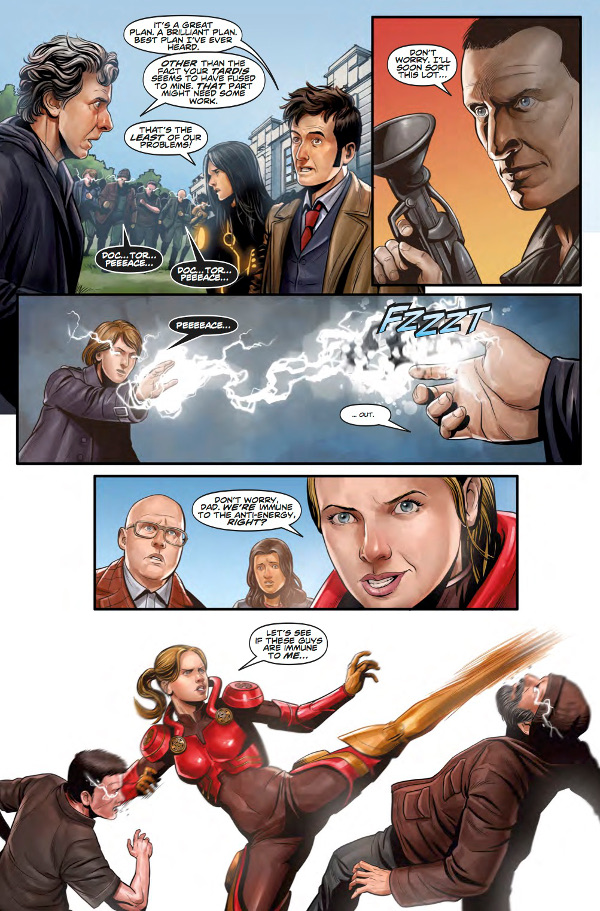 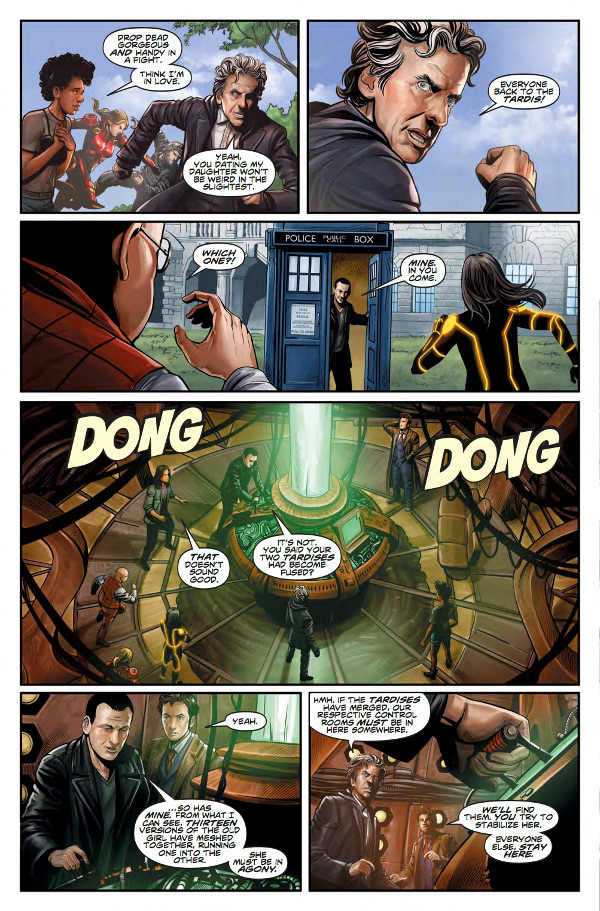 This final chapter of The Lost Dimension proves to be more in-line with what most fans probably expected from this year’s Titan Comics crossover event, as multiple Doctors team up to face The End of Everything. Most of the individual issues making up the event stood on their own. This allowed those fans who only read one particular Doctor Who comic to skip over the crossover if they wished.

There are three levels of irony at play here. First, the percentage of Whovian comic fans who don’t read all the Doctor Who comics is probably low. Second, this runs counter to the reason most comic book crossovers are written – to get readers to buy more books they ordinarily wouldn’t bother with. Finally, this results in this final chapter feeling rushed as The Doctors are given one issue in which to solve it all.

Thankfully, George Mann and Cavan Scott spin a skillful conclusion to the story. One wishes they had been given more time to play the various Doctors off of one another or to allow for more interactions between the companions. It would also have been nice for more time to have been devoted to The Tenth Doctor’s relief at Jenny’s survival and Nine’s apparent discomfort at suddenly being a father again, but as The Tenth Doctor himself says, “haven’t the time.”

The artwork is amazingly gorgeous. This is to be expected with Mariano Laclaustra and Fer Centurion on the art duties. Their previous Doctor Who works have numbered among the best produced by Titan Comics to date and they do a fantastic job of capturing the characters from the TV series. The colors by Carlos Cabera and Mony Castillo are wonderfully applied and this book looks, to quote The Ninth Doctor, “fantastic!”

The Lost Dimension hasn’t been your typical crossover event. And thank goodness for that! The quality level has been much higher and the novel idea of making the extra issues optional for regular readers is a nice touch. Any Whovian worth their salt should consider this story mandatory reading material, comic-reader or not.