[WARNING: As the title of this feature notes, and this warning further notes, the following article is full of SPOILERS for Arrow ‘s Sixth Season.  Read no further beyond the picture below, lest ye be spoiled now and forever. Thank you.] 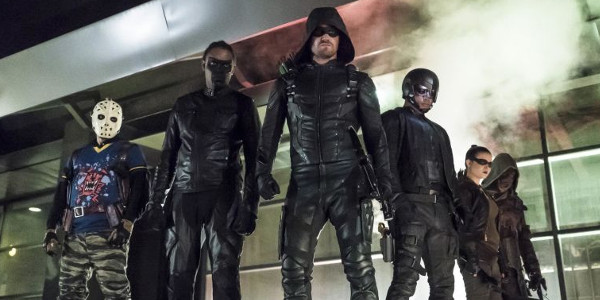 One of the on-going subplots of Arrow‘s sixth season has involved the efforts of The FBI to prove that Oliver Queen is Green Arrow. Agent Samandra Watson has let it slip that she is closer to Oliver Queen than he realizes and indeed she has had access to information that only someone who was part of Team Arrow would know. Despite this, Arrow-heads were stunned by the trailer for the mid-season finale, which revealed that someone on Team Arrow has betrayed the team and is ready to testify that Oliver Queen is The Green Arrow.

Who is the mole? The suspect list is considerable, even limited to the current core cast of the show. Taking into account all of the guest-stars and supporting cast with a grudge against Oliver Queen widens that pool even more. Still, we are going to examine the pros and cons of some of the most likely candidates – both members of Team Arrow and those close enough to have access to the same information.

PROS: Has the means. Has a motive, given his recent arguments with Oliver and Oliver’s thoughtlessly asking him to sacrifice his life with his family to become the new Green Arrow so Oliver could be with his son.
CONS: Given that Diggle was willing to risk taking an experimental drug to treat his nerve injuries so that he could keep his promise to Oliver – to say nothing of his recently acting as the officiating minister at Oliver’s wedding – it seems highly unlikely that John would choose to stab Oliver in the back after all they’ve been through together at this point.

PROS: Has the means, having worked with Team Arrow several times in the past through ARGUS. Definitely has a motive, given that her husband and the father of her child became addicted to an experimental drug due to his promises to Oliver Queen to keep the Green Arrow legacy going.
CONS: Lyla is the sort to handle her problems directly, and whatever grudge she may have against Oliver, she’s far more likely to use her position as the leader of ARGUS to go after Oliver Queen than work with the FBI. Additionally, if she were the mole, she’d have access to material through ARGUS that wouldn’t require public testimony. 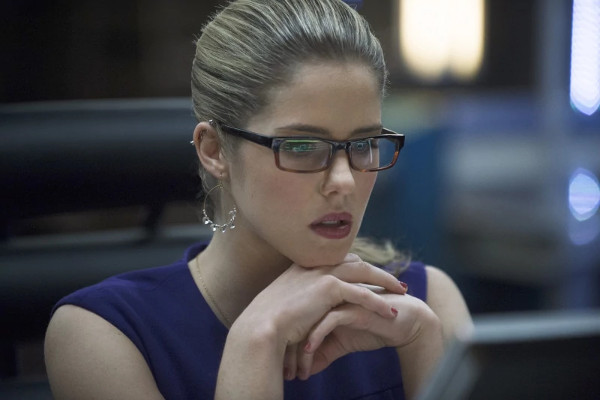 PROS: Definitely has the means to expose Oliver Queen on multiple fronts.
CONS: Complete lack of any motive, other than the writers randomly deciding to have her turn traitor on Oliver because it’s the last thing anyone would expect… especially after the two got married! Though the Laureliver crowd may cheer this idea, it isn’t likely.

PROS: Has the means to figure out who Oliver Queen is through his daughter, Felicity Smoak.
CONS: Lack of a clear motive. His status as an outlaw hacker makes it unlikely he’d work with The FBI unless he was caught and needed a bargaining chip. Given what we know of Noah, his being caught is even more unlikely than him doing something to endanger his daughter and the man she loves, after all he did to try and win some degree of reconciliation with Felicity. 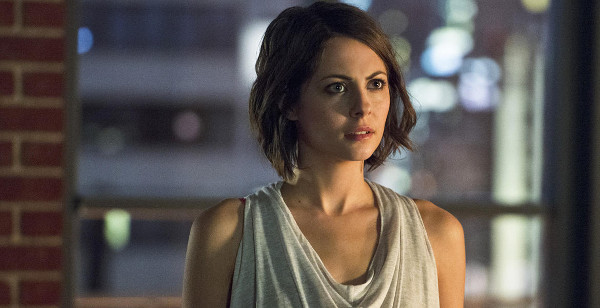 PROS: Has the means to turn on Oliver. May harbor a grudge against Ollie, since his choices have forever altered her life and robbed her of the man she loves. Also, the traitor being revealed just as Thea has come out of her coma seems suspect as far as the timing goes.
CONS: Thea being the traitor would require her to have been faking being in a coma for the last six months. While not the most unlikely thing to have happened in the show’s history by a long-shot, it still seems unlikely given her status as Oliver’s only living relative apart from his son and her not having shown any signs of resentment before now. 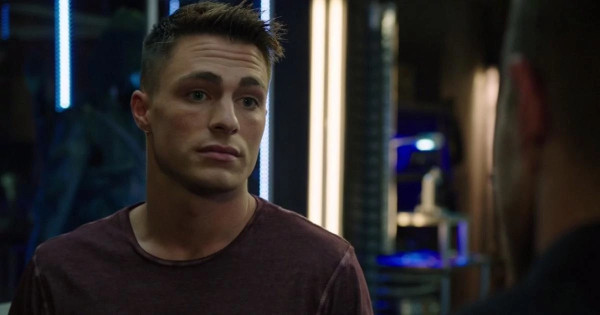 PROS: Definitely has the means to expose Oliver Queen. Indeed, his turning up alive to testify after faking his death to prove Oliver Queen wasn’t The Star City Vigilante would almost be all the proof the FBI needs. May harbor resentment against Oliver forcing him into a position that requires him to live apart from the woman he loves, on the run for the rest of his life.
CONS: Again, Roy turning traitor now after everything he’s done to help Oliver would be incredibly out of character. If he had been captured by The FBI and was being forced to testify as part of a plea bargain in order to save Thea, MAYBE that might do it. Additionally, actor Colton Haynes has not been spotted on the Arrow sets anytime recently.

PROS: Definitely has the means to expose Oliver. Possible resentment against Felicity over arguments regarding their start-up and her using his equipment and ideas without consulting with him first. Lost his husband due to joining Team Arrow.
CONS: Far too idealistic to ever betray the team even after everything he’s lost as part of it. Also, he has too much invested in working with Felicity to do anything that would turn her away from him. 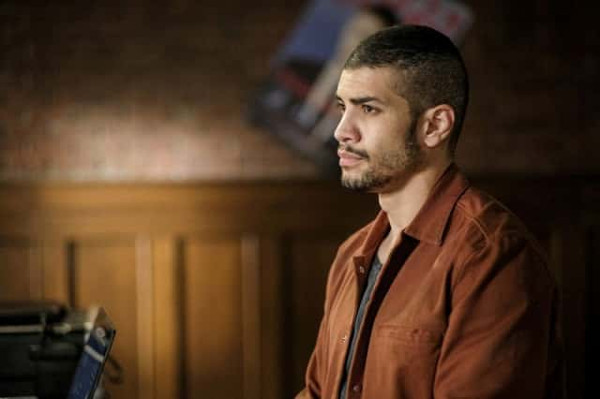 PROS: Has the means to expose Oliver, both as part of Team Arrow and the Mayor’s staff.  Recent events with Oliver and John have clearly shaken his trust in the team. He’s already been showing going behind his teammates backs, telling Oliver about John’s drug problem after being told not to.
CONS: Torture couldn’t make him betray his teammates at a time when he trusted them far less than he does now. Also stands to lose everything he’s built in his new life if Oliver is exposed, unless he’s negotiated one hell of a plea bargain.

PROS: Has the means to bring Oliver down, both as part of Team Arrow and the security detail assigned to Mayor Queen.
CONS: Stands to lose everything in her new life if Oliver Queen is exposed. Has her own past as a violent vigilante following her disappearance in Central City following the STAR Labs particle accelerator explosion to keep hidden. Additionally, from a writing standpoint, this would make her subplots involving her discovery that her former partner is alive and her foster-daughter relationship with Quentin completely pointless. 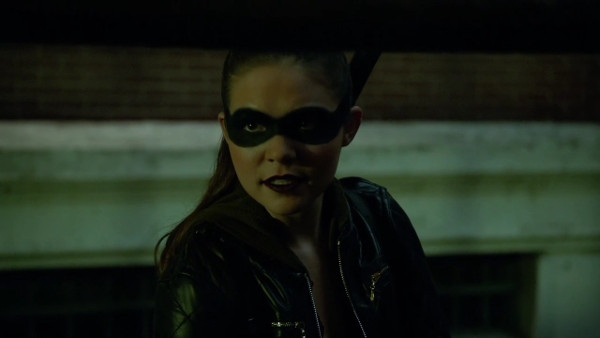 PROS: Has the means, having been part of Team Arrow. Has a motive, blaming Oliver Queen for the deaths of her parents. Has already turned traitor on Team Arrow once, helping Prometheus to try and destroy Oliver Queen.
CONS: She probably died during the fire-bombing of Lian Yu. Her final fate and that of Nyssa Al Ghul is unclear from the flashbacks so far, but it would be far too repetitive to bring her back as The FBI’s mole now.

PROS: Has the means, as Oliver Queen’s Deputy Mayor. Has a hell of a motive, given that Oliver Queen’s actions ten years earlier started the chain of events that were responsible for ending his marriage, breaking apart his family and getting both of his daughters killed. It would be a hell of a twist if Quentin decided enough was enough now and he turned to help the FBI now.
CONS: If Quentin hasn’t turned on Oliver before now, it’s unlikely he ever will.

PROS: Has the means, having gained information on Oliver Queen during her time working with Prometheus. Has a grudge against Team Arrow. Her appearing publicly as Laurel Lance, claiming to have faked her death in order to get away from a murderous Oliver Queen (or some similar sob story) would do much to sway public opinion against Oliver Queen. It would also kill any avenue Oliver had at a defense since the truth (i.e. she’s the psychotic evil metahuman doppleganger of Laurel Lance from another world) would do nothing to help prove Oliver isn’t The Green Arrow and indeed would expose the entire superhero community of Earth One, even if the public DID believe the story, which they probably wouldn’t!
CONS: Doing the above would require far more intelligence and patience than Black Siren has ever shown. It’s taken everything Cayden James could manage to keep her from wantonly killing every security guard she came across on a simple robbery. Given that she failed to pose as Laurel Lance for a single day as part of an effort to infiltrate Team Arrow, it seems incredibly unlikely she’d be capable of the long-term subterfuge such a scheme would require.

Have a theory of your own? Is there a suspect we missed? Let us know in the comments!