Once upon a time, Honor Guest was the most deadly assassin the world had never heard of. Literally, as Honor had a metahuman power that enabled her to generate an area of perfect silence around her.  She also had super-strength and a host of other abilities that served her and her masters with the League of Assassins splinter-group Leviathan well.

That was years ago, however, and Honor has moved on. The only person allowed to leave Leviathan alive after decades of loyal service, Honor went on to build a quiet, ordinary life for herself. She found a good man, married and they had a son together. Life, for a time, was perfect.

Unfortunately, Honor’s old life has come back to claim her. A warning from Talia Al Ghul – her former leader – comes just too late to warn Honor of a power struggle within Leviathan that has ensured that nobody with ties to the organization is safe. Thankfully Honor still has her powers and her skills have not yet been dulled by time, but she is still surprised by the sudden attack in a grocery store parking lot.

The question remains – how far will Honor go to save the life that she has built for herself? And even if she can repel Leviathan’s assault on her, will she ever be able to return to being the woman she wants to be? 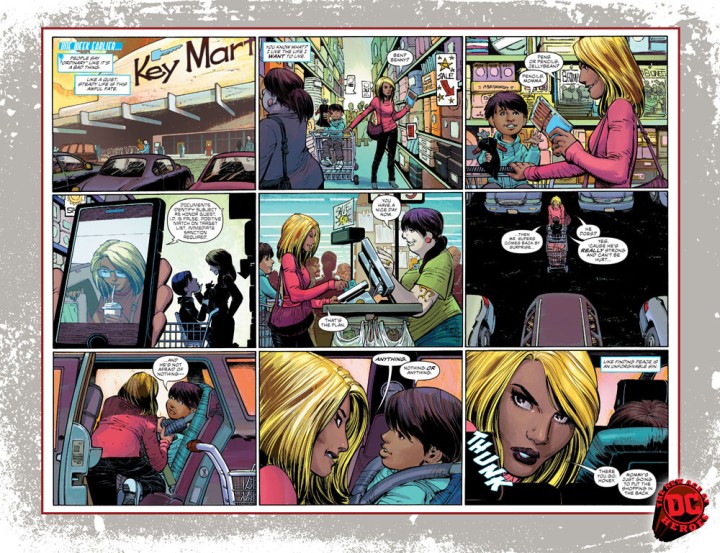 (Click on the above image to view it full-size.) 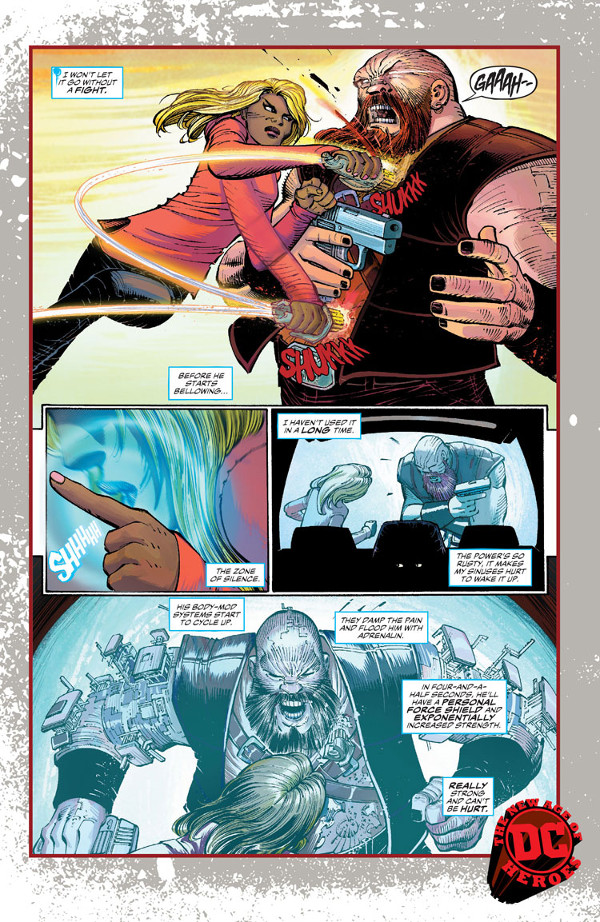 The theme of the former soldier or assassin brought out of retirement after their past intrudes on their peaceful new life is a common one, but Dan Abnett and John Romita Jr. make it seem like something new in The Silencer #1. I can’t put my finger on why this story works as well as it does, beyond my generally being a fan of Abnett’s writing. Maybe it’s because of how the story fits seamlessly into the mythology involving Leviathan and the League of Assassins. Perhaps it’s because of the way Honor’s power is effectively utilized in clever ways that vary-up the usual formulaic tropes. It could be because Abnett does such a fantastic job establishing Honor as a sympathetic character and we want to see her succeed in overcoming adversity even as she tries to keep her past life a secret from her husband and son.

Whatever it is, the story for The Silencer #1 is a great one and the artwork matches it perfectly. It hardly needs to be said that John Romita Jr. is a fantastic artist but the proof of his legendary status is there on the page. Romita’s sketchy yet streamlined style proves a perfect match for the grit of Abnett’s story. Inker Sandra Hope does a fantastic job of enhancing Romita Jr’s pencils without covering them up, resulting in a detailed aesthetic that is as light and airy as the story is dark. Dean White’s colors are equally amazing, as is the lettering by Tom Napolitano.

The series may have limited appeal to those who don’t like high-octane action series or stories focused on assassin protagonists. Personally, I think those who enjoy series like John Ostrander’s Suicide Squad will find a lot to like about The Silencer. I know I can’t stay quiet about how good I think it is.