Without question, J.K. Rowling created a world wide phenomenon with Harry Potter. The Wizarding World she introduces in those books is wildly imaginative and blends seamlessly with the mundane, almost as if real witches and wizards could really be living among us. It’s a world audiences want to return to and it makes perfect sense for Warner Bros. to pursue a whole slate of Wizarding World films, building and capitalizing off that enthusiasm.

The first of these movies was 2016’s Fantastic Beasts and Where to Find Them, a film which took a textbook of Harry’s and expanded it into the adventures of the book’s magizoologist author. It’s a great premise and the film is very enjoyable. Fantastic Beasts could have easily led to a whole series of movies in which Newt Scamander goes off on adventures in some exotic locale, studying magical creatures and dispelling with prejudices. However, following that film’s success, Warner Bros. and Rowling went in another direction – one which may well doom the entire franchise.

Fantastic Beasts: The Crimes of Grindelwald is a terrible movie. The plot is nearly impossible to grasp or explain and the story structure is a total mess. It’s less a movie and more a collection of scenes haphazardly strung together – some of which may even make sense. The title alone should have been a clue that this movie has absolutely no idea what it’s about, because in the end, it is neither about fantastic beasts nor Grindelwald’s crimes. Fantastic Beasts 2 destroys any goodwill earned from the first film and jettisons most of what made Fantastic Beasts and Where to Find Them so delightful. 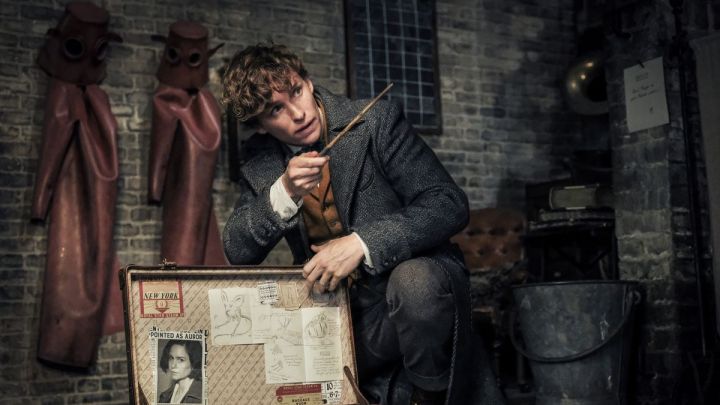 Rowling’s script for The Crimes of Grindelwald is painfully amateur. Scenes follow scenes for no other reason than there’s information in need of dumping. There’s no flow and it’s impossible to decipher the central plot. (Is there one? I honestly don’t know.) Major consequences from Where to Find Them are undone with barely a line of dialogue, making it pretty clear this particular sequel wasn’t on anyone’s mind when Rowling wrote the first film. Also, who’s the central character here – Newt? Creedence? Leta? Dumbledore? Grindelwald? It’s all of them and none of them, and that’s a huge problem. David Yates’ directing is of the same caliber as his previous Wizarding films, giving the movie a visual consistency, but who can care when the story he’s striving to tell is so confusing.

While Where to Find Them only sparingly referenced the Harry Potter series, The Crimes of Grindelwald goes all in. There’s Dumbledore and Hogwarts, and oh look, McGonagall in a cameo that completely breaks the established timeline. Did you crave knowing more about Nagini, Voldemort’s pet snake/horcrux? No? Too bad, she’s given a tragic backstory that has zero impact on anything. Nicholas Flamel shows up, too, and does very little, but hey, check it out! He has the Sorcerer’s Stone in a cupboard! It’s all so much and hardly any of it matters.

For what began as a fascinating look at another aspect of the Wizarding World, the Fantastic Beasts series has devolved into another big battle between good and evil. The Crimes of Grindelwald isn’t really concerned with Newt or his friends, and is instead about getting all the pieces in place for Dumbledore and Grindelwald’s inevitable showdown. Of course, there’s nothing here to make that eventual showdown meaningful because there’s barely even lip service paid to their prior relationship, but that’s besides the point. This film is all set-up for the three other films yet to come, but honestly, it’s hard to imagine anyone wanting more of this. 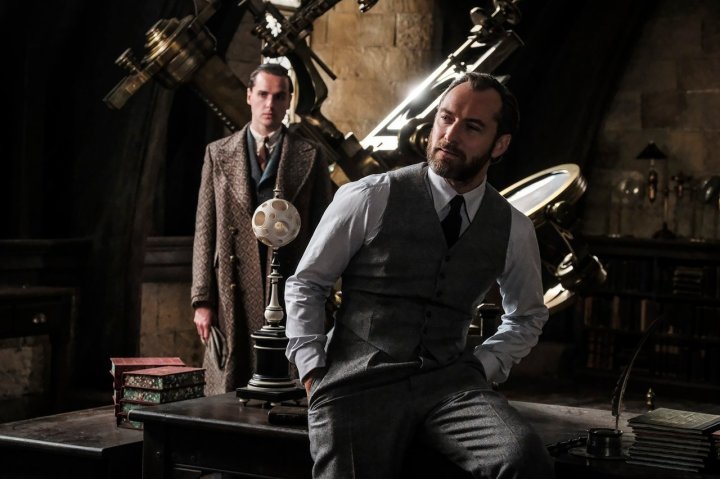 Redmayne, Fogler, Waterson, and Sudol are all just as good as before, but the problem is the movie doesn’t really know what to do with them. Redmayne’s Newt is entirely misused as a sort of private investigator Dumbledore sends to hunt down Creedence before Grindelwald can find him. At one point, Dumbledore tells Newt he’s the only one who can do the job, which sure seems like the movie trying to convince even itself. Fogler’s Jacob and Sudol’s Queenie are again the star-crossed lovers, but almost as soon as they appear they’re split up and sent on drastically different paths. And Waterson’s auror, Tina, has her job overtaken by Newt once he shows up and is immediately relegated to the jealous women after she misunderstands the new of Newt’s brother, Theseus’ engagement to Leta Lestrange – Newt’s former school crush.

Ezra Miller returns as Creedence, miraculously surviving the last film, but for as important as each character says he is, Creedence is little more than a MacGuffin. Other characters come and go, but like Claudia Kim’s Nagina, they’re inconsequential. Jude Law as a young Dumbledore is fine. There are obviously some big shoes to fill with this character, and what Law does is serviceable, but it never really captures that mirth and mystery of the older Dumbledores. The same can be said for Johnny Depp’s Grindelwald, because while much has been made of this proto-Voldemort, actually seeing him in action is underwhelming. The movie is called The Crimes of Grindelwald, but other than escaping prison, killing a few aurors, and giving some speeches which are ethically questionable, these are not the grand crimes we’d expect of someone so loathed. Clearly, it’s all being saved for another film. 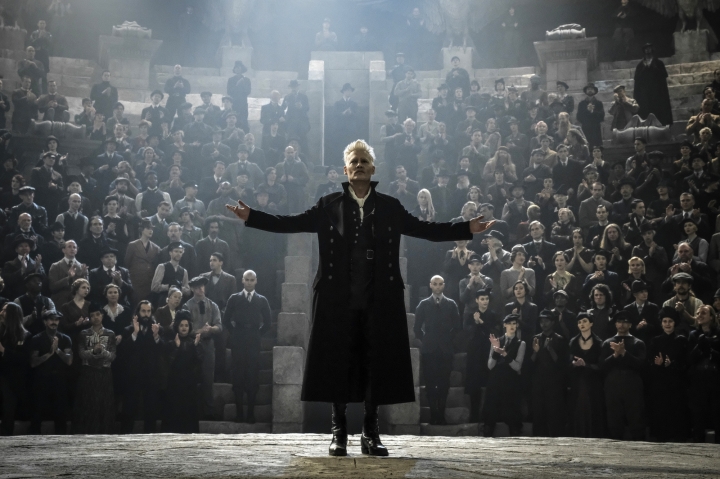 Again, Fantastic Beasts: The Crimes of Grindelwald is terrible. It’s poorly written and badly plotted and utterly derails what was a promising film series. It throws in all sorts of twist and turns, doing all it can to get viewers on board for three more of these movies, but as the final and biggest twist comes onscreen, it just feels tedious. And that’s really the sum of it – Fantastic Beasts: The Crimes of Grindelwald drains any remaining enthusiasm for a return to the Wizarding World and makes the prospect of sitting through another of these films (let alone three!) feel utterly exhausting.

One thought on “FANTASTIC BEASTS: THE CRIMES OF GRINDELWALD [Review]”