When Barry Allen was eleven his mother was killed by a strange bolt of red and yellow light. Barry’s father was blamed for the murder and rushed to trial by a police department that was more concerned with quickly securing convictions than seeing justice served. That tragedy would inspire Barry, who would go on to use his gift for science to try and prove his father’s innocence.

Having just returned home from a trip to Starling City to investigate the rumors of a burglar with super-strength, Barry arrived just too late (as usual) to score a seat in the building as STAR Labs’ Central City branch activated their new particle accelerator. But something went wrong. Deadly wrong. The particle accelerator unleashed strange energies into the atmosphere above Central City and Barry Allen was struck by a lightning bolt generated by a freak storm.

Nine months later, Barry Allen wakes up from a deep coma. Barry is brought up to speed by the scientists at STAR Labs and released after a few simple tests to insure that he is back to normal.  But Barry isn’t normal – a fact that becomes obvious when he sees the people around him as if they were moving in slow motion!

Further testing confirms that the lighting changed Barry in ways beyond giving him a set of killer abs.  Somehow, the lightning and the energy have accelerated Barry Allen’s body and mind, giving him the ability to move and think at speeds far beyond those of mortal men.  STAR Labs’ founder wishes to utilize Barry as a test subject, but Barry feels that he has something more to offer the world than being a guinea pig.

Barry will get his chance when it becomes apparent that he was not the only one changed by the accident that night. Reports come in to the police about a bank robber who uses a literal cloud cover to mask his robberies. Barry identifies the man as Clyde Mardon – a career criminal who was thought to have been killed when his small airplane was caught in the same freak storm that empowered Barry.

Barry’s mother always told him that a good heart was better than fast legs.  But will fast legs and a good heart be enough to bring down a vicious criminal who can control the weather?  In order to save his city, Barry Allen will have to become someone else. He must become something else. And with a little help from his friends, Barry might become the hero Central City needs in its darkest hour. 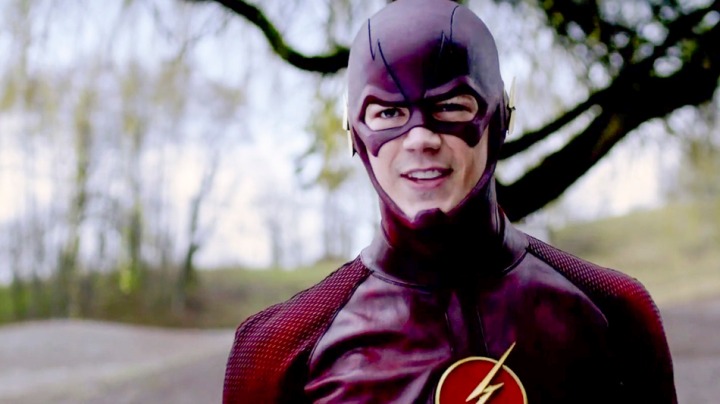 The Flash hits the ground running with this first episode and it doesn’t slow down for a moment.  The pilot script hits all the right notes and quickly establishes Barry Allen’s background for those who are unfamiliar with the comics or who might not have seen his first appearances during the second season of Arrow.  This is hardly surprising given that the episode was co-written by DC Comics Chief Creative Officer and long-time The Flash writer, Geoff Johns, whose The Flash: Rebirth mini-series inspired the back-story for this incarnation of Barry Allen.

While there are many things in this first episode that will excite audiences, perhaps the greatest of these elements is the show’s special effects.  The Flash sets a new standard for special effects in a television series and the climax of this episode – which sees Barry Allen trying to neutralize a tornado – is a thing of wonder that looks more appropriate to a big-screen summer blockbuster than a weekly television drama.  It remains to be seen if they can adhere to this level of quality through an entire season or if they just went all out for the pilot, but this is still a promising start. 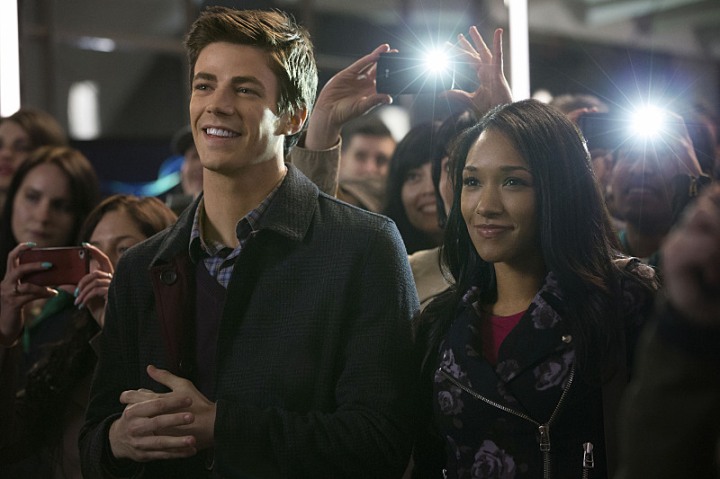 If this first episode has a weakness, it is that very little definition is given to the cast who aren’t aware of Barry’s secret identity. Iris West (Candice Patton) in particular has little to do here but be the amazing woman on the pedestal that Barry longs for but can’t make advances on due to her relationship with a hot-shot new detective named Eddie Thawne (Rick Cosnett). Because it wouldn’t be a CW drama without an awkward romantic triangle! That said, we should expect to see some kind of forward momentum regarding this subplot shortly. The comic fans can tell you why.

Based on this first episode, The Flash seems poised for a nice, long run.  Forget Gotham and Agents of SHIELD – The Flash is here to save every one of us from dull, formulaic comic-book adaptations.