After a rather rough makeover (in terms of both design and origin), Harley Quinn has emerged as on of DC Comics’ New 52 triumphs – once she was in the hands of writers Amanda Conner, Jimmy Palmiotti, and artist Chad Hardin that is. Conner and Palmiotti have found that perfect mixture of zany humor and slapstick violence that allows Harley to avoid becoming too tragic, and Hardin has managed to draw Harley’s New 52 costume in a way that’s palatable, often giving her a costume change or two throughout an issue.

This weekend saw Harley skyrocket in visibility with the release of the first teaser for Warner Bros. Suicide Squad – in where she’ll make her big screen debut in the guise of Margot Robbie – so I figure there’s really no better time for fans both old and new to jump in with her ongoing series. After moving to Coney Island and trying to get her life on the right side of the law, Harley has just recently recruited a slew of young ladies to form her new gang of do-gooders (for a price, anyhow). Can’t imagine how this could end badly.

Honestly, I’d be hyped for this book even if the last issue hadn’t signaled the return of a much-beloved and much-neglected Silver Age hero who had always been stuck playing second fiddle to bigger, more charismatic heroes. I love it when Gail Simone writes dark comedy and this book is one of the darkest and funniest comedy series I’ve seen since the last Secret Six book. Original artist Ken Lashley returns with this issue, which is only one more of the many reasons you should give this series a try if you haven’t already. 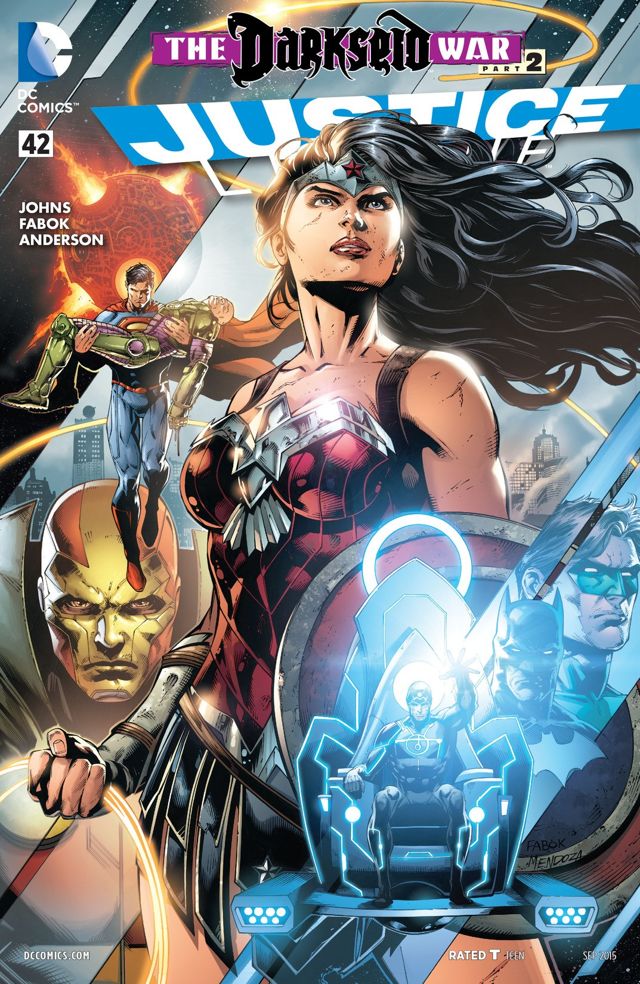 Geoff Johns knows epic, and with Jason Fabok taking his artistic talents to new levels, the Darkseid War is impressive—and it’s only one issue in! Johns is utilizing the Justice League how they should be used—taking on massive, world-shattering threats that test their own godlike skills. The first issue of this event saw the Justice League decimated by Darkseid’s daughter. I can’t wait to see how Johns and Fabok continue to create this massive test of the Justice League’s abilities.