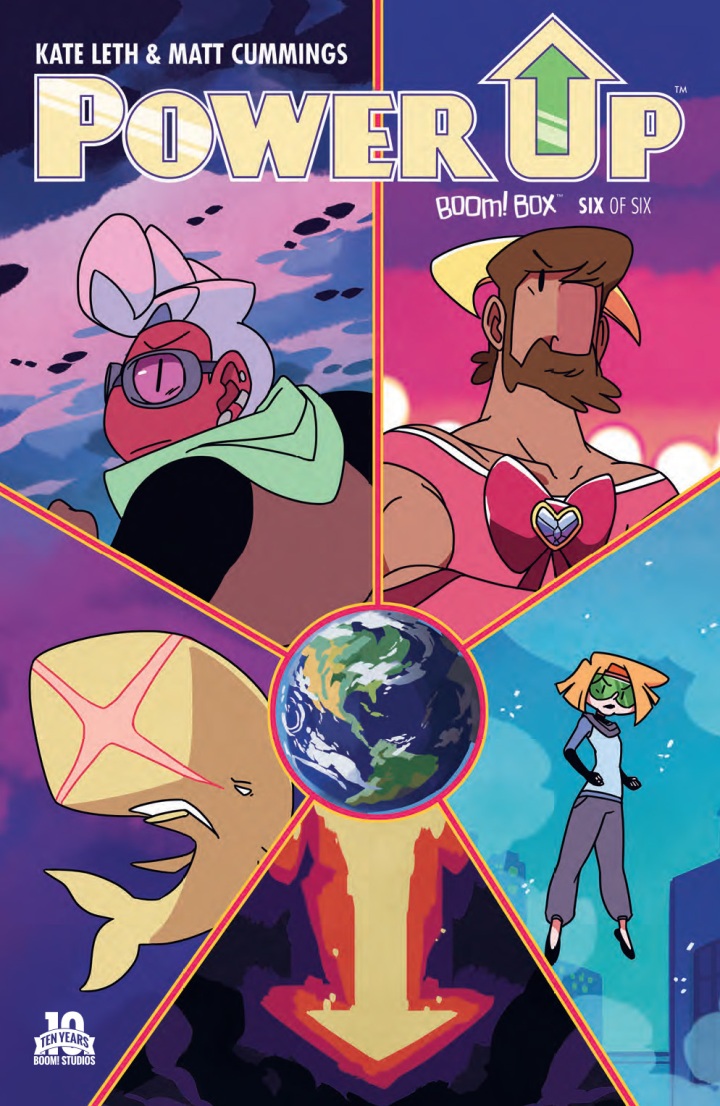 Power-Up has been a delightful mini-series. Kate Leth and Matt Cummings have taken the magical girl genre and turn it on its head, imbuing the most unlikely of individuals with kick ass powers and costumes. This week marks the final issue and I’m pumped to see how it all winds up. Plus! Were enough of us to pick up this sixth issue, it may not be the last!

I’ll admit to being torn on this title. On the one hand, I love the character of Lucifer as originally envisioned in Neil Gaiman’s Sandman and expanded upon in Mike Carey’s Lucifer solo series. And I love the YA novels by Holly Black, who is writing this new series.

That being said, the fact remains that the only reason we’re getting this new Lucifer series is so that there is a comic tie-in to the upcoming Lucifer TV series. A TV series which has jack and squat to do with the original comics and is built around – of all things – Lucifer becoming a consulting detective to the LAPD. And the plot of this issue – involving Lucifer trying to prove his innocence by playing detective after he is accused of murdering God – seems to be building upon that same concept.

Either way, this issue is one to check out. I’m hoping that after this opening arc it will be free to go its own way and not forced to tie in more closely to the TV series. After all, if Green Arrow can be allowed to become Oliver Queen: Werewolf Hunter, Lucifer can be allowed to stand on its own.