Understandably, whenever someone says they’re taking a classic and updating it for modern audiences there’s cause for concern, but there’s also every chance that DC’s new take on the Hanna-Barbera catalogue could turn out totally awesome! An apocalyptic Scooby-Doo? A Flintstones series that’s a social commentary of today’s family life? A massive crossover featuring Johnny Quest, Space Ghost, The Herculoids and more? This may not be half bad! 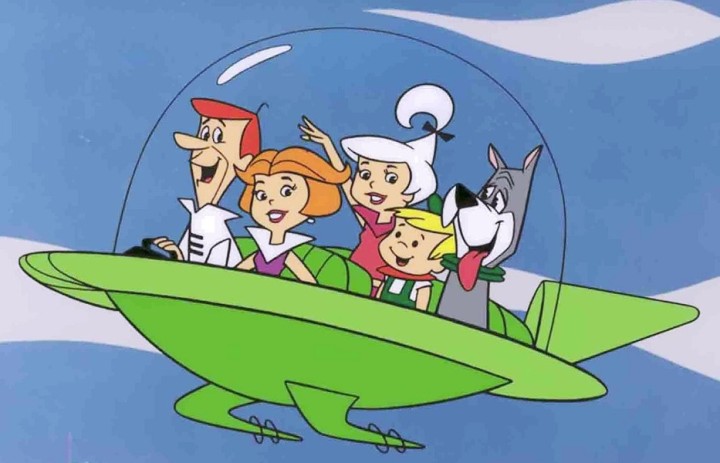 While perusing which Hanna-Barbera characters DC chose for their new comic line it was a little surprising to see The Jetsons not included. Sure, the family from Orbit City are basically the futuristic counterpart to The Flintstones, so perhaps having two comics about the trials of raising a family would have been redundant, no matter the century. Still, if this Hanna-Barbera comic book venture proves successful, The Jetsons better be featured in wave 2. For their updated series, Amanda Connor “looked at the Flintstones and found a way to move them forward, even though they’re set in the past,” and that same strategy could be applied to The Jetsons as well. Considering how closely our lives today resemble that of The Jetsons, the future family is rife with possibilities for commentary on how technology and daily life intersect. 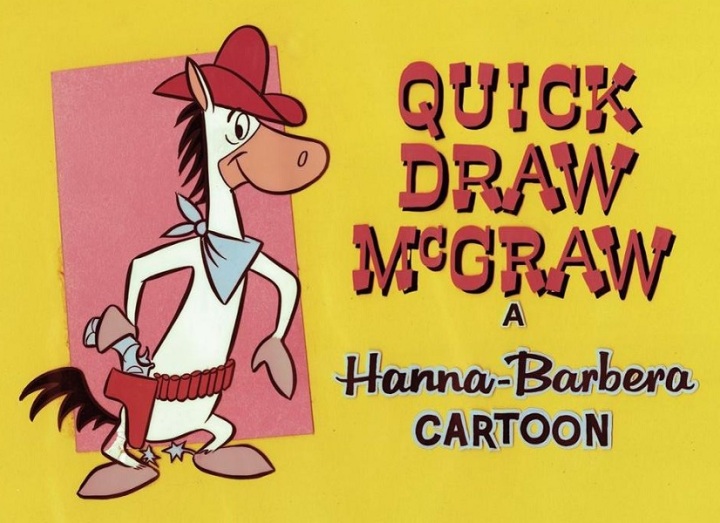 None of the series that DC has so far announced feature any anthropomorphic animals. There’s Scooby-Doo, who’s always toed that line, but many of Hanna-Barbera’s best known characters are upright walking and talking animals. Perhaps talking animals are too camp for modern audiences (though Marvel seems to be doing fine with Howard the Duck), but if they’re willing to take that jump, Quick Draw McGraw is a fine choice. After all, his town is fraught with outlaws, forcing him to operate as sheriff and the vigilante, El KaBong. Quick Draw also employs a Mexican burro, Baba Looey, as his deputy, and given the tensions surrounding Mexican immigrants in this country there’s some potential for thoughtful commentary. Not to say a Quick Draw series should be all grit and grime, but talking animals are a fine way to explore a few real world issues. 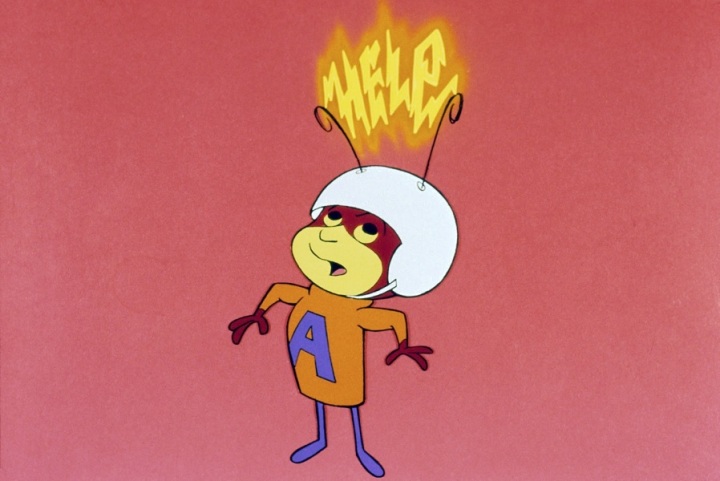 Comic books and superheroes go hand and hand, and while the cape and cowl genre no longer defines the medium, they’re still a dominant force. So were DC looking for a Hanna-Barbera superhero, why not Atom Ant? The hero packs a big punch for his tiny frame, boasting powers like flight, super speed, super strength, and invulnerability. Atom Ant’s origin was never really explained in the cartoon, leaving his backstory open for interpretation. Assuming he began as just a regular ant, did his powers come from falling in radioactive chemicals? Standing too close to an atomic bomb explosion? Whatever his superhero origin, it’s surely ripe for a comic book. After all, Marvel’s Ant-Man got a movie and he wasn’t even an actual ant! Atom Ant is the real deal. 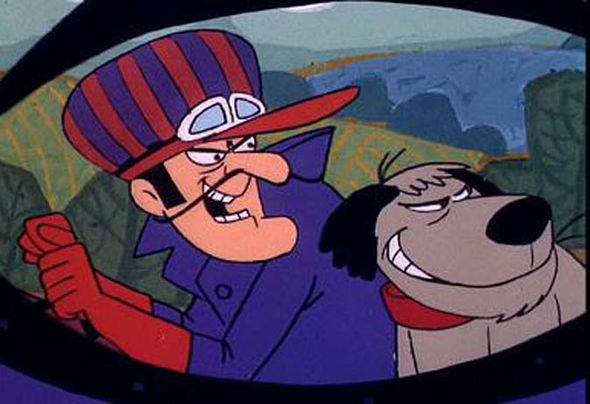 These two are also likely set appear in DC’s Wacky Raceland series, which is taking the Wacky Races premise and giving it a heavy dose of Mad Max courtesy of Fury Road’s designer, Mark Sexton. But just like how Darth Vader appears in Marvel’s ongoing Star Wars comic and his own solo series, Dick Dastardly and Muttley also deserve to star in their own comic book. For one, can you even name any of the other Wacky Racers? Penelope Pitstop? Peter Perfect? Totally forgettable. But Dastardly and Muttley are iconic “double-dealing do-badders”, and given a bit of a hardcore edge they could pose a real threat. Not to say Dastardly need be one the same level as Immorten Joe, but maybe not all of his schemes automatically backfire this time around? Then again, watching Dastardly’s plans blow up in face – sometimes literally – is well worth a (wheezy) laugh. Just ask Muttley. 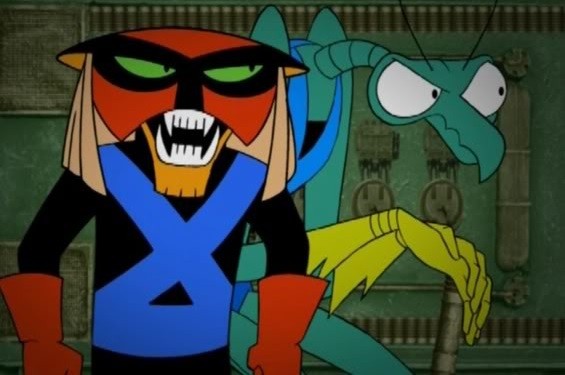 Admittedly, this odd couple made the list not so much for their roles as antagonists to Space Ghost, but because of their hilarious appearances on the talk show, Space Ghost Coast to Coast. That show was only the beginning of Cartoon Network’s foray into adult programming, leading the way for more spoofs like Harvey Birdman: Attorney at Law and Sea Lab 2021. And though Space Ghost was the host, these two were the stars. They even got a spinoff, The Brak Show, which sadly wasn’t nearly as good as their talk show antics. Still, giving Brak and Zorak their own comic has potential. It could focus on the behind the scenes life of cartoon characters (especially villains) in the modern world, perhaps pulling a little inspiration from The Venture Bros. This comic could even tie-in with DC’s planned Future Quest crossover, only in a more meta, self-referential manner. 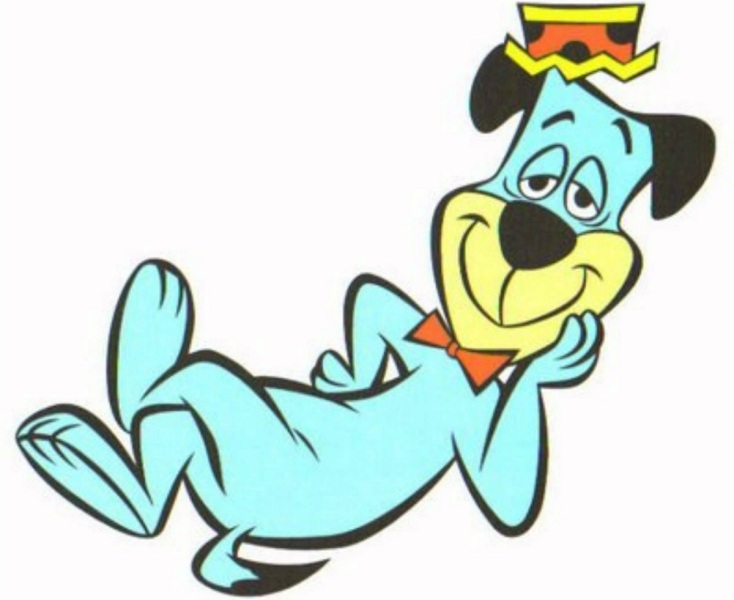 If he weren’t a dog, Huckleberry Hound would be one cool cat. Though many of his adventures put him frustrating situations, Huckleberry’s cool as cucumber demeanor saw him through many tough spots. And if not, then a poorly sung verse or two of “Oh My Darling, Clementine” would usually send any trouble-makers packing. Huckleberry was also prone to breaking the fourth wall, more than any other Hanna-Barbera character, typically talking straight to the audience in his soothing southern drawl. I’m not necessarily saying Huckleberry Hound should be Hanna Barbera’s Deadpool… but he could be Hanna-Barbera’s Deadpool. A less violent, more laissez-faire Deadpool who isn’t a mercenary but a hired temp, tackling a variety of odd jobs (which, sure, could include mercenary). 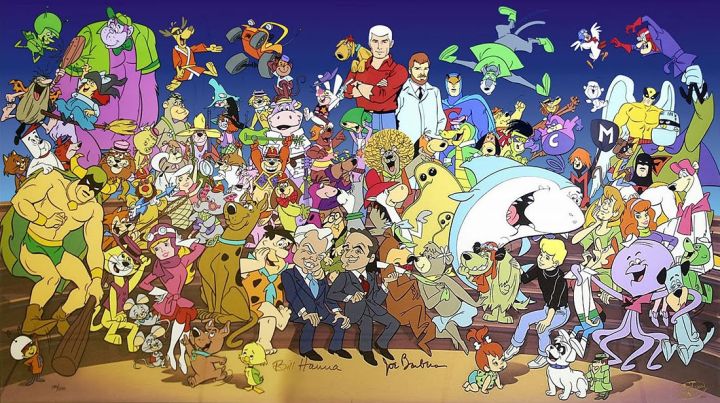 The Hanna-Barbera universe is brimming with characters and just about any one of them could benefit from a unique twist or update. Yogi Bear as a full blown conservationist. Secret Squirrel as a super spy on the same level as Jason Bourne. Captain Caveman re-imagined in the style of say… Frank Miller! The possibilities are endless! What Hanna-Barbera characters do you want DC to tackle next? And how would you suggest updating them for modern audiences? Let us hear from you in the comments below!