I’m going to be upfront here – I have no idea who Gwenpool is or how she came to be. Nonetheless, I’m intrigued at the prospect of what I’m assuming is a comic where some version of Gwen Stacy become some version of Deadpool. The solicit, however, refers to her as Gwen Poole, a comic book fan who somehow finds herself within Marvel’s comic book universe and proceeds to raise hell, believing it all to be fake and therefor free of consequences. I’m already a big fan of fourth-wall-breaking, absurdist takes on the whole superhero/vigilante archetype, and I can’t help but think this pink and bubbly twist on the murderous mercenary looks like a hell of a lot of fun. 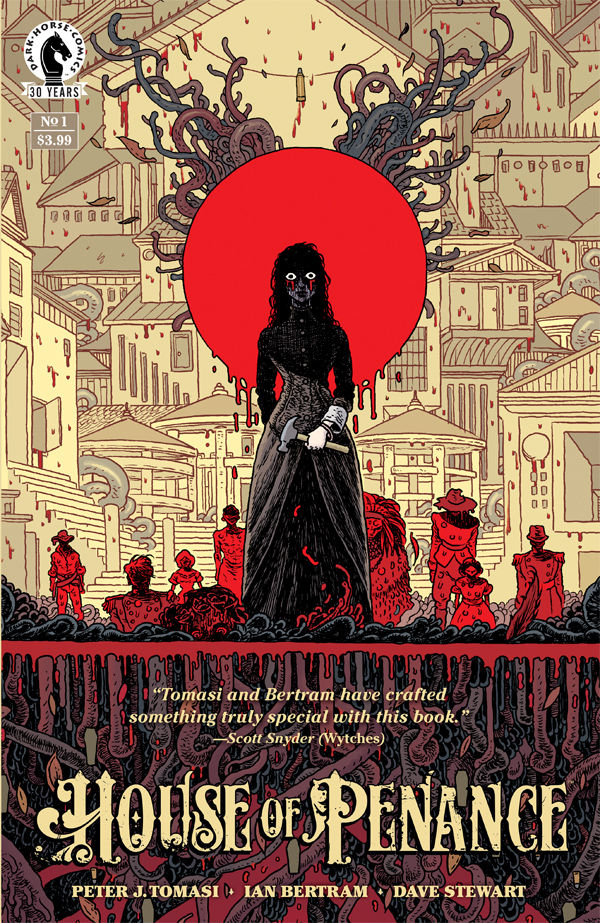 I’m giving this book a shot for two reasons. One is that it’s based upon the infamous Winchester Mystery House – a little slice of Americana that doesn’t get nearly enough attention. The other is that it’s by Peter Tomasi, whose work I’ve always enjoyed. If that’s not enough for you, Scott Snyder (AKA that guy who can do no wrong with Batman and Swamp Thing) says the he likes it. And you know he’s got good taste when it comes to horror.