In his short yet interesting life, Conan has been many things – a thief, a reaver and a slayer. He has lived in opulent palaces and crude huts alike. He has sailed the seas as a fearsome corsair, led his own mercenary company and, most recently, earned his place as a warlord among the fearsome Zuagir nomads – an impressive feat given the nomads’ legendary hostility towards outsiders!

It is from the Zuagir that the young barbarian has learned that harshest and rarest of virtues – humility. For Conan’s overconfidence in facing a patrol of Turanian soldiers saw his army killed. Only Conan survived, lost in the wild deserts between Turan and Shem, in a land claimed by no nation.

The Cimmerian thinks himself cursed by the gods, spared only to suffer a slow death as he thinks on his failures. Indeed, so weak is Conan from thirst and exhaustion that he welcomes the Turanian scouts who have marked his trail. Better a warrior’s death by the blade than to waste away before becoming another pile of bones in the desert!

Still, the gods are not yet done with the young Cimmerian. And while Death may be his most constant companion, it will not yet claim Conan this day! 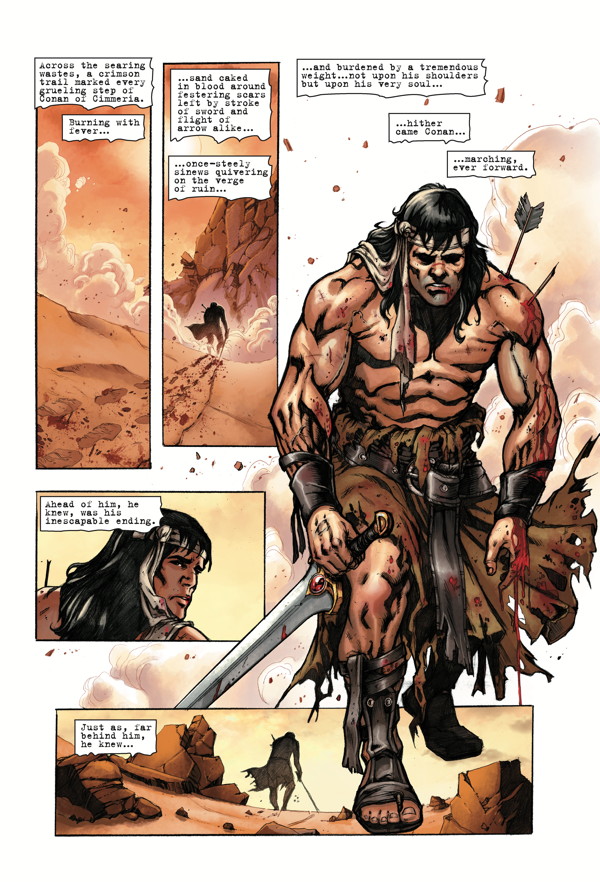 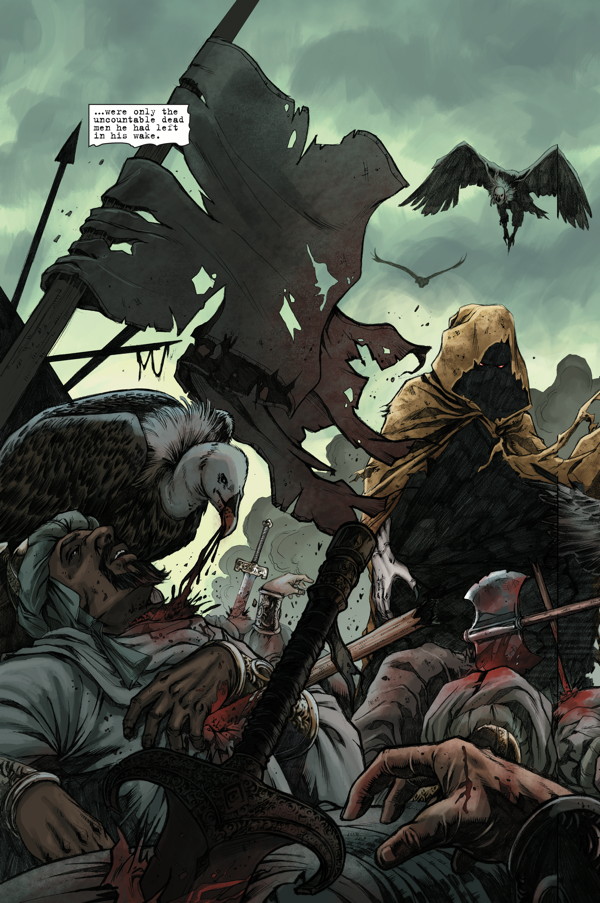 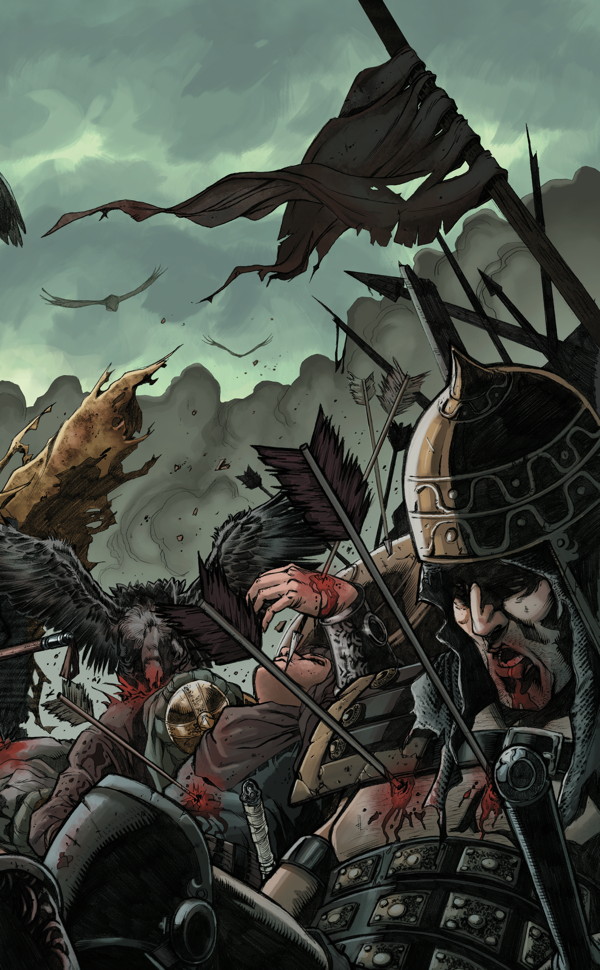 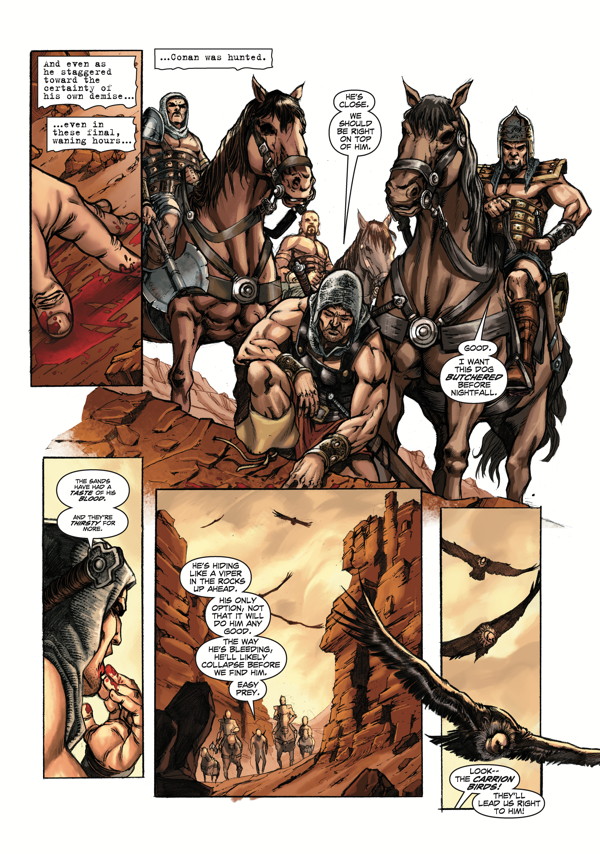 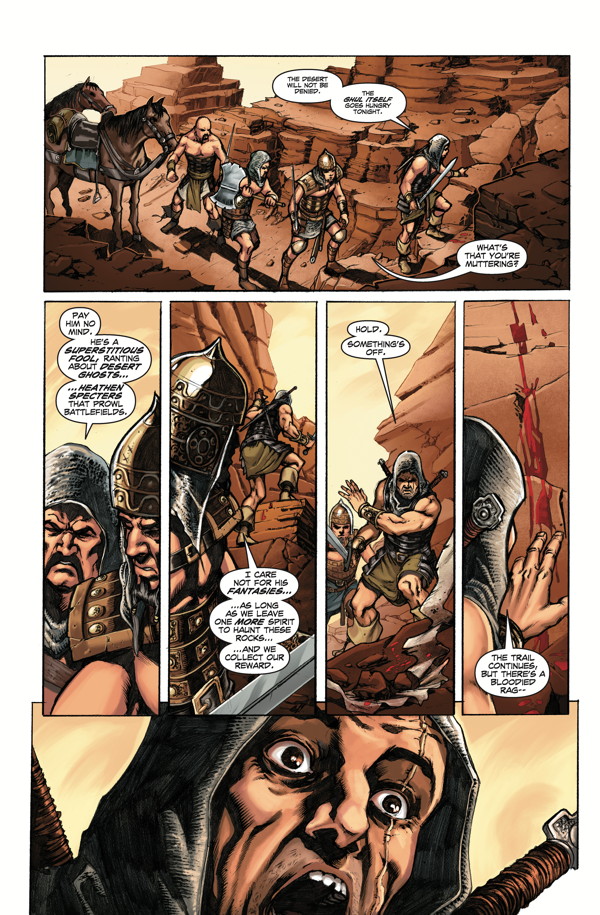 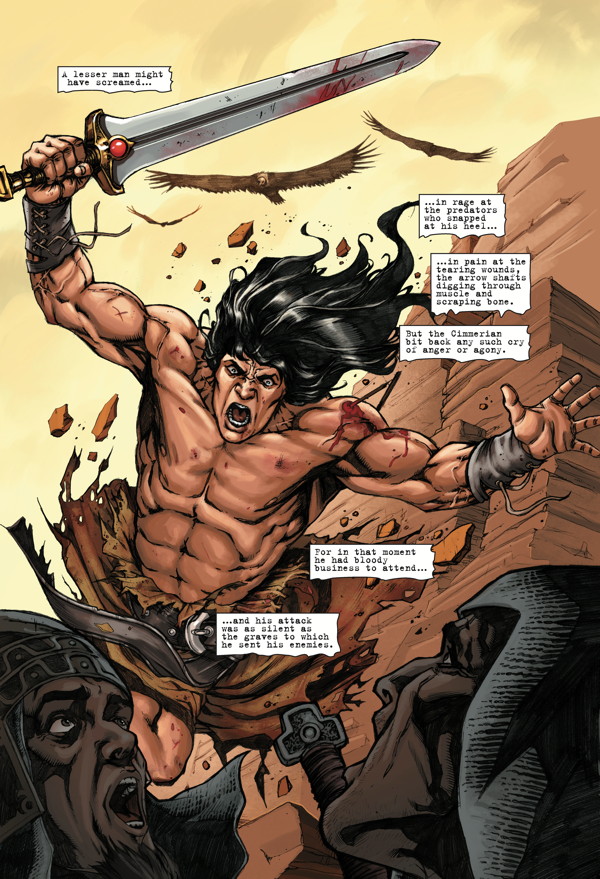 Conan The Slayer #1 is easily the best monthly Conan title that Dark Horse Comics has published in the last five years. The script by Cullen Bunn grabs the reader firmly with the first page and does not let go for a moment.  The artwork by Sergio Davila is vividly detailed, showcasing the same skill that made last year’s Swords of Sorrow mini-series a masterpiece. This is sword-and-sorcery the way it should be done, by Crom!

Conan The Slayer #1 will be available for purchase on July 13, 2016.
Request it at your local Comic Book Shop before June 20th!