13 years ago, the television series Spectrum premiered to rave reviews and critical acclaim. Naturally, like all truly great science-fiction shows, it was canceled by executives who thought it was too cerebral. Despite its relatively short life on-screen, the series achieved cult status and developed a devout fandom who loved the show. And nobody loved Spectrum more than actor Jack Moore, who starred as Captain James Rakker.

Jack’s best friend, Wray Nerely, doesn’t remember Spectrum as fondly. Whereas Jack moved on to bigger and better things, Wray’s acting career stalled faster than a Ford Edsel on the 405. Wray has worked steadily doing other science-fiction movies but he wants more. Specifically, he wants a role that will provide him with steadier income than signing autographs on the comic-convention circuit.

Still, things have begun looking up for Wray over the past four months, despite Jack acquiring the rights to Spectrum and becoming determined to make a movie based on the show. He’s found love (or at least great sex) with Jack’s assistant, Faith. It would be a perfect relationship if Wray didn’t have to hide it from Jack.

Opportunity comes knocking for both actors when Jack is suddenly declared a dud as a screen star and his agents begin pushing him to return to television. The first role they offer him is the perfect bargaining chip to get Wray to agree to revive his role as pilot Cash Wayne in Spectrum: The Movie. Now, if only Wray can manage not to screw up this chance at the limelight… 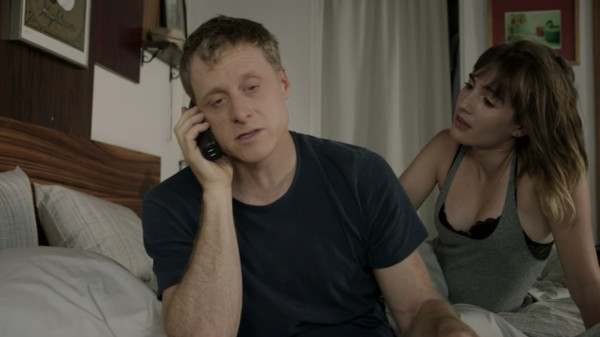 The first two episodes of Con Man‘s second season are a different beast than what we’ve seen previously.  In the first season, the show’s humor was split between situational humor based on Wray’s uncanny ability to snatch defeat from the jaws of victory, gags about show business and geeky in-jokes in the form of celebrity cameos and referential humor. Thus far, the comedy of Season Two is more focused on the show business end of the spectrum (no pun intended), with bits exploring the polite double-talk from people in the entertainment industry and the fast turnover rate at the average L.A. talent agency dominating the screen time. 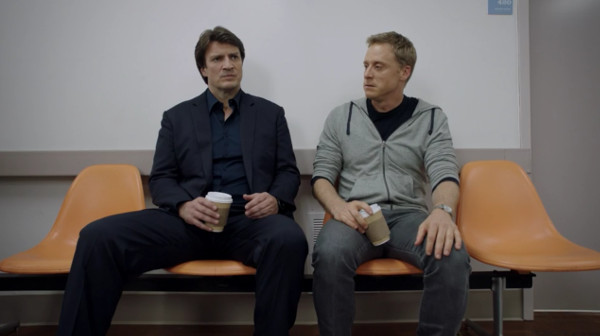 Thankfully, the scripts avoid the self-indulgence of similar satirical series like Entourage. Alan Tyduk and Nathan Fillion are able to sell everything through pure charisma and the scripts retain enough of the random elements that made the first season enjoyable that it shouldn’t turn-off those viewers who dislike shows about actors playing actors complaining about being actors. Tudyk also proves himself as good a director as he is an actor, particularly in the softly horrific scene where Wray is confronted by one of his diabolic agents (played to perfection by an unrecognizable Stephen Root).

Thus far, Con Man: Season Two may be a different kind of show but it remains as unique and enjoyable as ever. The focus on the entertainment industry aspect of the show’s humor in these first two episodes should not be so great as to drive away those fans who watch this series for the Firefly gags or Felicia Day. I won’t spoil what else is contained within this first batch but suffice it to say I was quite satisfied as a fan of the original series.