Criminal gangs with unusual themes are nothing new to Gotham City. Yet a new gang called The Victim Syndicate has forced even the normally jaded Batman to sit up and take notice.

Made up of people who gained unusual powers and talents thanks to Batman’s failures to protect them and led by a vicious figure known as The First Victim, The Syndicate have launched a number of attacks with one goal – force Batman to retire from the war on crime they feel is endangering far more innocents than it is protecting.

Thus far, their open activities have been limited to an attack on a police fundraiser organized by Wayne Enterprises and a raid on Leslie Thompkins’ free clinic. Yet The First Victim’s greatest blow may have been struck when they did what Batman would not or could not do – listen to Stephanie Brown at a time when she needed someone to help her grieve the loss of her boyfriend, Tim Drake.

Now, The Spoiler has turned all of her considerable talents and training on her former allies in a bid to make Batman see reason. Can they help Stephanie to see that she’s been manipulated? Or might The Spoiler have a point? 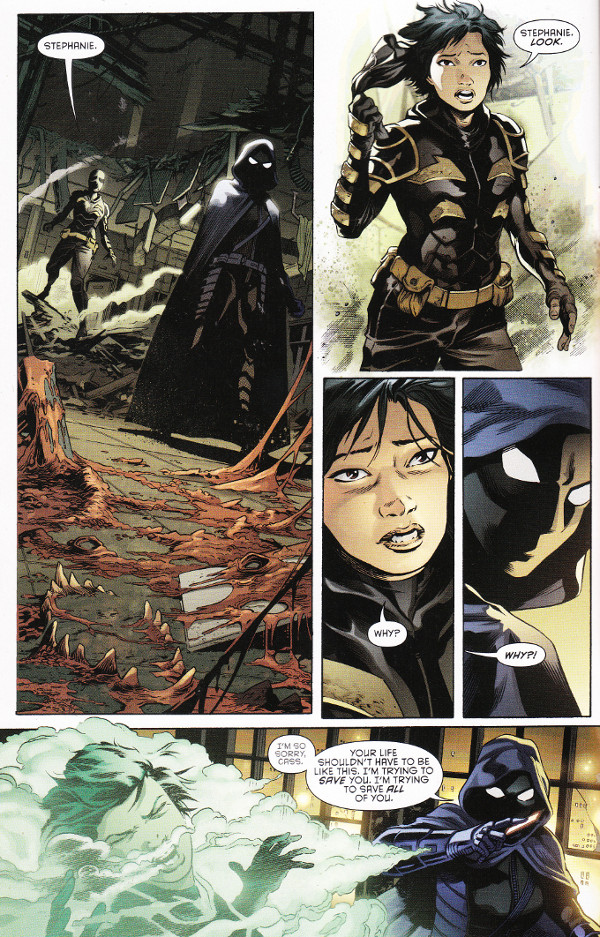 Detective Comics #947 provides a thrilling ending to an amazing story-line. If nothing else, James Tynion IV is to be commended for treating The Spoiler as the threat she always should have been. They say that nobody can hurt you better than a friend and that’s certainly the case here, as Stephanie methodically and cleverly takes down her allies one by one in a bid to reach Batman.

Ironically the efficiency in which The Spoiler fights her teammates does credit to Batman’s teaching methods while proving Stephanie’s point about how Bruce turns damaged people into weapons rather than truly helping them to move past their pain. The concept of Batman doing more harm than good with his actions has been explored before (perhaps most famously in the Animated Series episode Trial) but never has that idea packed more punch than it does here. 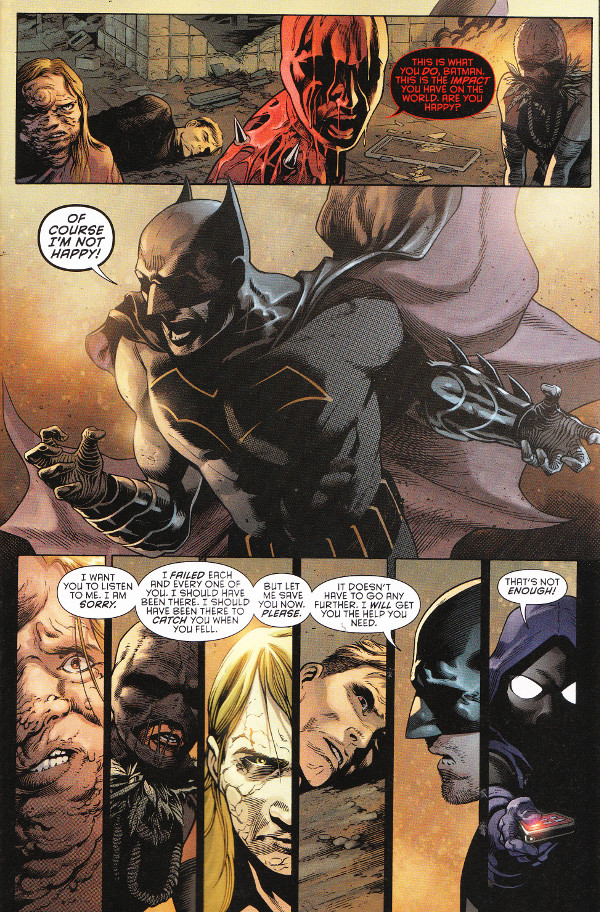 The art team treat this story with the gravity that it deserves. Alvaro Martinez, Raul Fernandez and Brad Anderson craft some truly dark and disturbing imagery for this issue – even by the standards of this title! I suspect my fellow critics may fight me on this point, but in my humble opinion this is the best looking of the various Batman titles.

Thrilling and majestic in appearance, Detective Comics #947 is a fantastic book from start to finish. The book ends with a number of open cliffhangers and I can’t wait to see what the next story-line holds in store.