Here at Kaboooooom we love our comic books, but if you’re new to the game or just don’t frequent the local comic shop, it can be hard to know where to start. For that, we’re here to help. Every week we’ll share with you our recommendations for what you should be checking out and what you need to know before you crack that cover – it’s The Pull List!

Pull List: Batgirl and the Birds of Prey #6, Wonder Woman #14
This Week’s Must Read: Detective Comics #948

Batwoman has been enjoying a prime position as Batman’s partner and confidante in DC Rebirth’s Detective Comics. Come February, a new Batwoman solo series launches with writer Marguerite Bennett (DC Comics Bombshells, Insexts), but first she’ll join James Tynion IV on ‘Tec for an arc leading into the new series. That arc, “Batwoman Begins” starts this week in Detective Comics #948, so if you can’t wait for Bennett’s upcoming Batwoman run, jump in here for a primer! 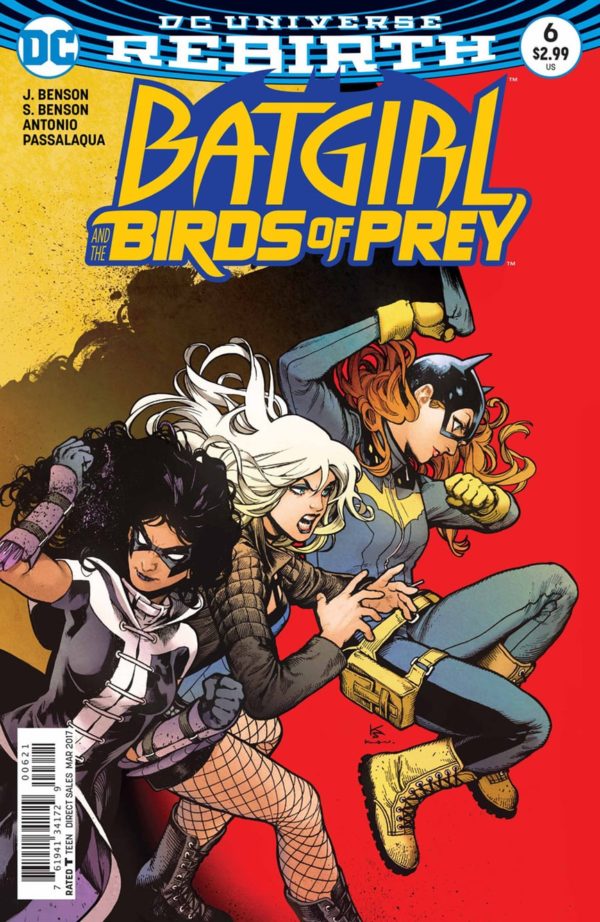 It’s a big week for comics. Between every single Doctor Who comic releasing, along with the 25th anniversary of Squirrel Girl, the Wally West of the original DC Universe meeting the original Superman, the start of a Batwoman-focused arc on Detective Comics and Captain Cold’s first full appearance in The Rebirth universe – there’s a lot going on. So with all of that, why is my pick of the week Batgirl and the Birds Of Prey #6. Because the last issue ended with a cliffhanger so amazing, so epic and so shocking that I dare not spoil it here. Suffice it to say it’s going to be the first thing I read Wednesday morning.

Finally! It’s back! We only got three issues of Southern Bastards in 2016 but Jason Aaron promises to get back on track this year. The series is one of the most unique comic book experiences available and is one hell of a ride. I used this break in releases to catch up on the series, so hopefully you did, too!