All around the universe, in different places and different times, something has awoken. Impossibly large white holes have begun to manifest, absorbing or annihilating everything unfortunate enough to encounter them.

One such white hole opened up above a planet which was being explored by amnesic Time Agent Captain Jack Harkness and UNIT Lieutenant Tara Mishra. Both companions of The Ninth Doctor, the two were both experienced adventurers capable of handling almost anything the universe could throw at them. Despite the best efforts of a mysterious woman in a space-suit, who claimed to be another ally of The Doctor that they didn’t know, the two were sucked into the void.

All of this is unknown to The Ninth Doctor and his third current companion – London shop-girl Rose Tyler.  Currently somewhere in the Pacific Ocean in 1886, The Doctor and Rose are seeking out an old friend of The Doctor’s – a psychic known as The Master With Three Eyes. A chance encounter with a British sailing ship and some anxious sea dogs fearful of having hit a reef lead them to a meeting with two more of The Doctor’s old allies – the Silurian detective, Madame Vastra, and her maid/lover Jenny Flint. Their mission, in turn, will lead to a secret The Doctor tried to keep buried and who knows what else? 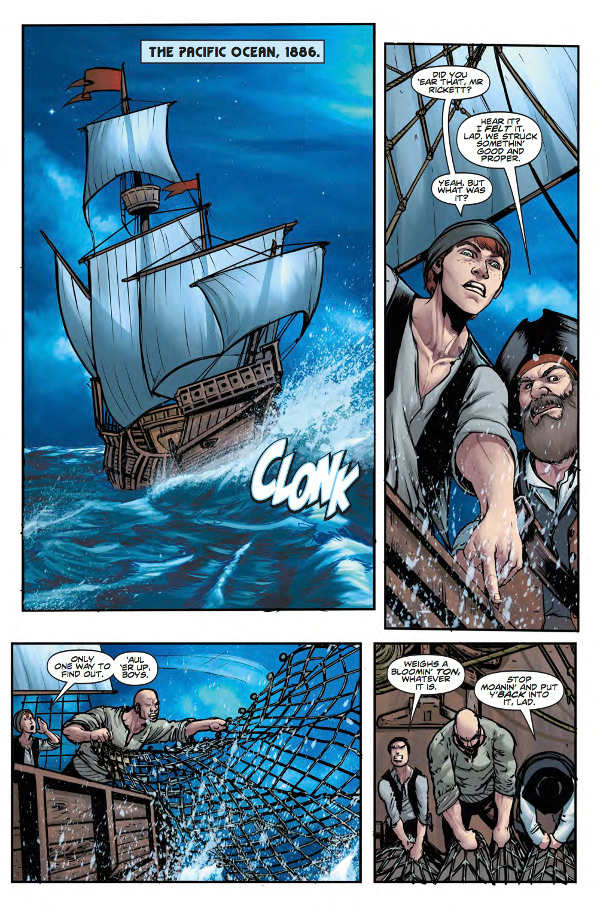 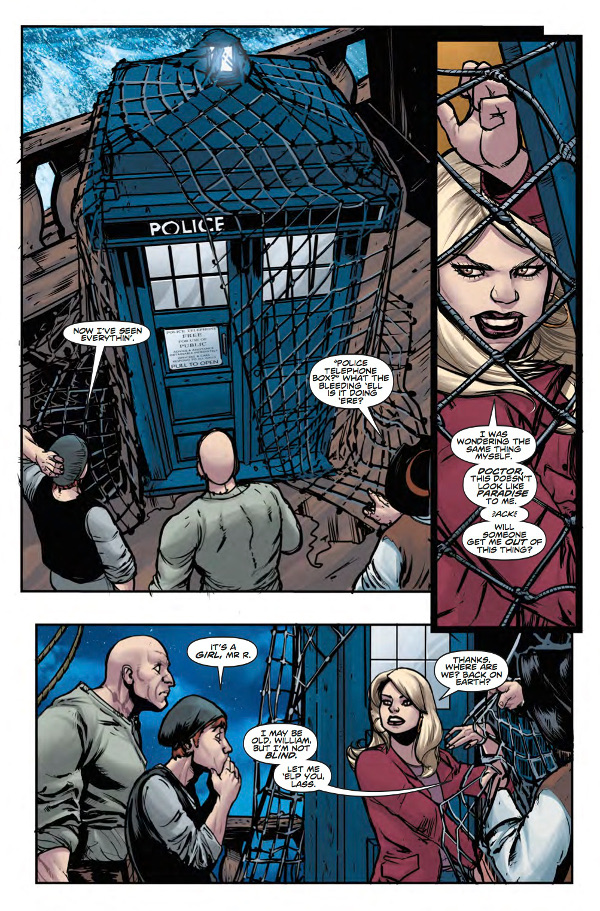 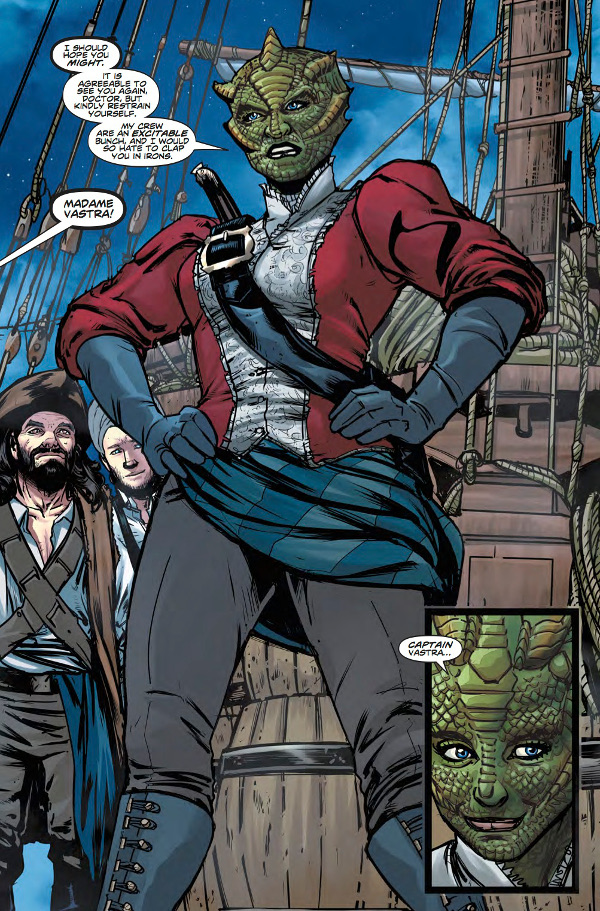 My hopes weren’t high for this issue when I saw the cover and Rose Tyler’s Escher-Girl spine. It was a sign that despite my continued pleas to any deity that will listen, Adriana Melo is still providing half the artwork for The Ninth Doctor comics. I have nothing new to add to my previous comments on Melo’s work. The same flaws are evident in this issue and made all the worse for having Cris Bolson’s far superior artwork at hand for comparison.

It’s a crying shame because Cavan Scott’s script for this chapter of The Lost Dimension is a damn good one. Scott draws upon a lot of Doctor Who history – both from the classic and current television series – and yet he does a masterful job of making it all accessible to new readers.  Madame Vastra and Jenny Flint are introduced to Rose with a minimum of exposition and while old-school Whovians will cheer at the appearance of a Mykra among all the other cameos, one need not have an encyclopedic knowledge of Warriors Of The Deep to enjoy this comic.

The Lost Dimension #2 proves a serviceable story. The script more than makes up for the occasionally dodgy artwork, though one wishes Cris Bolson had been able to work on this issue alone. Still, this chapter holds the momentum of the series to date and readers will be left clamoring for the next issue at the end.

Doctor Who: The Lost Dimension #2 – Ninth Doctor Special will be available for purchase on September 6, 2017 from your local comic book store (Don’t know where that is? Here you go.) or digitally via Comixology.com.