As 2017 draws to a close, the Kabooooom! Crew looks back on their favorite movies, television shows, and video games of the year. For Kabooooom’s favorite comic books, comic writers, artists, and more—click here!

This year was a pretty great one for movies. Between Get Out, The LEGO Batman Movie, Logan, Wonder Woman, The Big Sick, Baby Driver, Dunkirk, Guardians of the Galaxy Vol. 2, Spider-Man: Homecoming, Three Billboards Outside of Ebbing Missouri, Coco, Thor: Ragnarok, and The Shape of Water, it was super tough to pick a favorite. But pick I did and what I chose is Star Wars: The Last Jedi. Sure, it only released a couple weeks ago and it was basically guaranteed I would love it because it’s Star Wars and I love pretty much everything Star Wars–BUT, I wasn’t prepared for what an experience watching The Last Jedi would be and how it would make me so, so excited for the future of this franchise. I’ve already waxed on about this in my review, but The Last Jedi is transformative; for better or worse, Star Wars fans will think differently of a galaxy far, far away after seeing this movie. For a series cemented in our pop culture, to be presented with a film that is so unexpected is absolutely thrilling.

Also, let is be noted that Mark Hamill blew my mind with his performance as Luke Skywalker in this film. And I say this as someone who not only adores what he does in the original trilogy but also as a huge fan of Hamill’s incredible voice work (his Joker is without question the best there’s ever been and it’s only one of his many, many voice-acting credits). Suffice it say, I’m a fan and I knew to expect great work from him as the reclusive, grumpy Luke and still I was amazed. Get this guy an acting nomination, stat!

While I saw a lot of good movies this year, Spider-Man: Homecoming was the only one I was able to enjoy without reservation. While I haven’t picked-up a Spider-Man comic in years, I’ve always felt a kinship with the character of Peter Parker. This movie contained everything I love about the character – his humor, his intelligence and his tenacity – and was everything I could have hoped for in a Spider-Man movie. While I still think Spider-Man 2 is the best visualization of what Stan Lee and Steve Ditko created over 50 years ago, Homecoming is a close second.

Making a biopic film can be a tricky thing. You have to make sure you get your facts straight (even if you embellish a bit) and make sure the actors you cast treat the subject with respect and knowledge of what it is they are portraying. The Disaster Artist exceeds this task by leaps and bounds, giving us the unbelievable true story of how Greg Sestero met a man named Tommy Wiseau and both went on to make one of the biggest cult films in cinema history, The Room. While the recreations of the original film were so spot-on that it was creepy, James Franco’s performance as Tommy Wiseau was a master class in acting. Franco was not doing an impersonation: he WAS Tommy Wiseau. His accent, his mannerism, his walk….everything is duplicated perfectly. Even the lazy eye. Whereas La La Land was a fictional sparkling-white vision about making it in Hollywood, The Disaster Artist shows us the harsh, dog-eat-dog reality of Hollywood and that anyone can succeed if they follow their dreams and stay true to themselves.

Doctor Who is frequently hit or miss, but its Tenth Series hit far more than it missed. Part of this was due to Peter Capaldi finally being given scripts that challenged his Doctor directly rather than leaving him as a supporting player to Impossible Girl, Clara Oswald. Ironic then the other reason this series worked so well was new companions Bill Potts (Pearl Mackie) and Nardole (Matt Lucas). The former was a breath of fresh air, being confident but still willing to follow The Doctor’s lead. The later was even more misanthropic than Capaldi’s Doctor and ill-inclined to indulge The Doctor’s wanderlust. This gave Capaldi’s Doctor two differing voices of dissension to fight against, leading to some of the more memorable episodes since the series’ revival in 2005.

As a fan of the original Michael Crichton movie I was curious to see how they could expand the concept into a television series, particularly since Westworld was a prototype for Crichton’s later work, Jurassic Park. However, HBO managed to take the mythos that he set up, expand on it further and turn it into a cautionary tale on overindulgence and the folly of trying to play God. The show featured several solid acting performances, especially Thandie Newton as the robot Maeve. On top of this, the sense of suspense built with every passing episode, reaching a crescendo with the finale that left you desperate for the next season’s arrival.

Injustice 2 is that rare sequel that outdoes the original. With a main story line that gives us two possible endings, an amazing line up of voice talent (kudos to whoever cast Robert England as The Scarecrow) and an ever-increasing challenge factor, this game never gets stale. Contrary to what another game company says about customization in gaming, the options to customize and upgrade your characters seem endless and keep the game solid and fresh. Plus, we get Hellboy. ‘Nuff said.

I’ve never been much for fighting games, but the Injustice series managed to get within my guard. Maybe it appeals to my inner-child, that always wanted to be Batman? Maybe it appeals to me as a lover of the DC Comics Universe and a story that built up one of the more interesting Elseworlds of the last decade? Maybe it’s the picture-perfect portrayals of so many characters and the amazing voice acting? Try all of the above. I just hope the rumors of a CW-inspired skins pack coming out in 2018 are true. I want to hear Caity Lotz’s dulcet tones as I waste my enemies as Black Canary. 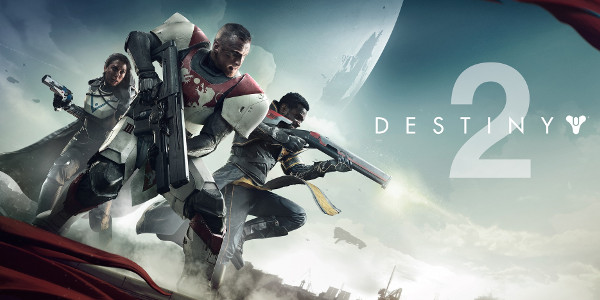 I haven’t picked up a video game since my son was born four years ago, but on Black Friday this year, I picked up five games that I’d missed. Destiny 2 stood out from all the rest. I love the game play and Bungie’s continuous updating of game content makes the game feel fresh each time I turn it on. Currently they are doing a Christmas event, with each day delivering different missions with holiday-themed weapons, Sparrows and space ships as rewards. I’ve been making time to play every day, which at this point in my life is a pretty hefty task.

Smite: Battleground of the Gods

This year held such promise for me when it came to video games, but sadly, I didn’t really have a major release in 2017 that became my go-to game. I played Injustice 2 and enjoyed it, but after a few weeks I sold it. I pre-ordered Destiny 2, having spent countless hours with Destiny 1, but in the months since its release I’ve been playing less and less. Then there was Star Wars Battlefront II, a game I was super pumped for that I never even purchased because those loot box shenanigans just turned me off. I also haven’t bought a Switch, so I’m mostly out of the loop for any big Nintendo releases.

I am left with really only one option – Smite: Battleground of the Gods, a game which first released in 2014, was ported to the PS4 in 2016, and became the game I most often found myself playing throughout 2017. I’d never played a MOBA (multiplayer online battle arena) game before, but I was immediately intrigued by the absolutely massive roster of playable gods from across several ancient pantheons and the many skins available to personalize them. Smite is regularly updated with new content, gods, skins, and more. Plus, playing is 100% free! There are many reasons you may want to throw money at it, be it to acquire the best skins or new gods, but if you refuse to pay real money, everything can still be earned through regular play (it just takes a lot longer). Free to play, available to download across most major platforms, and with a steady stream of new stuff, there’s really no reason not to check Smite out.

Those are our picks for our favorite movies, TV shows, and video games of 2017! What are some of yours? Let us know in the comments!

And from all of us here at Kabooooom – Happy New Year!