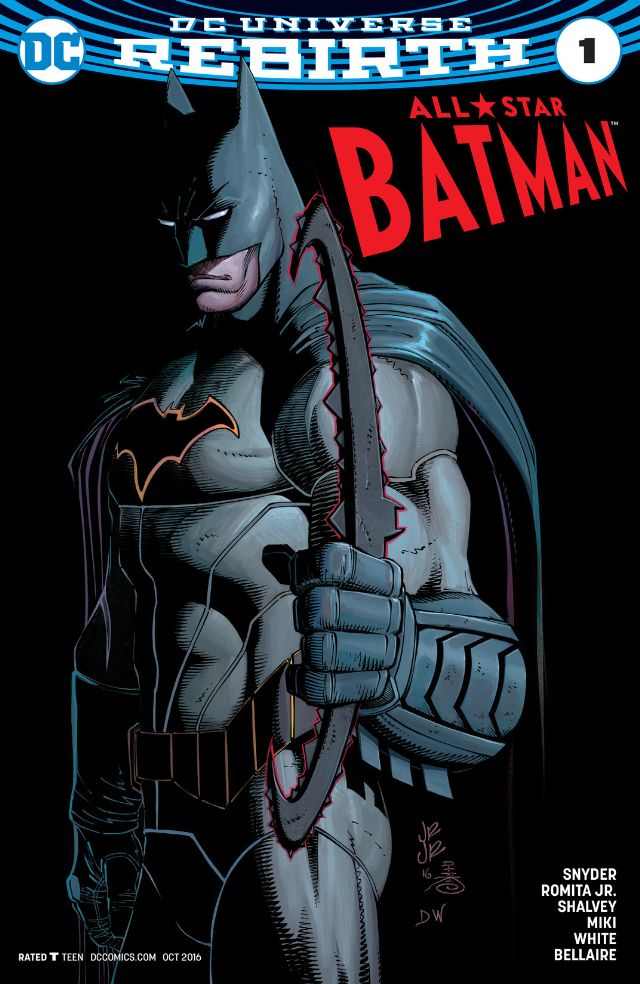 If you pick up one comic this week, make it All-Star Batman #1. The whole series is planned as an anthology that will see Batman team up with several of his most famous rogues, and first up is Two-Face. The solicit for this premiere issue actually includes the line: “Handcuffed together on the road to hell, this is Batman and Two-Face as you’ve never seen them before!” And… I just don’t believe it’s possible to read that and not want to check out this issue.

Scott Snyder writing? John Romita Jr. doing the artwork? The return of Two-Face and he’s forced to work with Batman? Sounds like comics gold to me!